The waves of protests around the world have been a heartening sign of a focused call for change.

Here at QUAD we try to show the best in world cinema and are, indeed, often the only place in Derby showing Black Cinema. But, if these protests have taught us anything it is that we can always be doing more to screen, contextualise and advance the cause of Black filmmakers and showcase Black Lives.

In the absence of a cinema screen to showcase BAME voices, this week’s 7-day Cinema Diet is focused on Black Lives On Screen.

Possible one of the most important Black directors of the past thirty or so years returns with all star cast. Spike Lee returns to Vietnam for his latest film that follows a group of Vietnam vets who return to the country in which they fought “the American war”. Officially they are there to recover the remains of their fallen comrade ‘Stormin’ Norman (Chadwick Boseman) but they are also on the trail of gold – a stash of bullion that they found and buried years ago. After 2018’s BlacKkKlansman, Da 5 Bloods puts Lee back into the Oscar race for 2021. 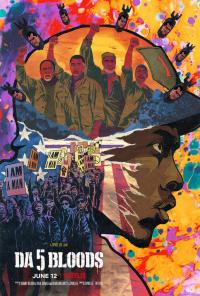 Spike Lee’s Chi-Raq is a modern day adaptation of the ancient Greek play “Lysistrata” by Aristophanes. After the murder of a child by a stray bullet, a group of women led by Lysistrata organise against the on-going violence in Chicago’s Southside creating a movement that challenges the nature of race, sex and violence in America and around the world. 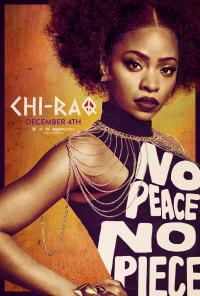 Spike Lee captures the poetry, humour and humanity of this urgent and timely play about two young black men talking s**t, passing the time and dreaming of the promised land. A provocative riff on Waiting For Godot, Pass Over by playwright Antoinette Nwandu. Written in response to the shooting of Trayvon Martin in 2013, it is sadly still relevant in the wake of the death of George Floyd. 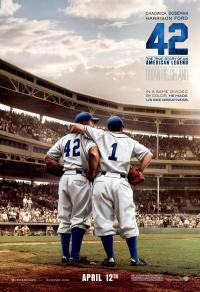 The black power salute at the 1968 Mexico Olympics was an iconic moment in the US civil rights movement. What price did these athletes pay for standing up for their beliefs and what part did the white Australian who ran second play?

Having forged a 20 year run as one of the most innovative and influential hip-hop bands of all time, A Tribe Called Quest has kept a generation hungry for more of its groundbreaking music since the group’s much-publicised breakup in 1998. True trailblazers of hip-hop, the New York based group gets its close-up with this potent Sundance documentary, which dives into the inspired energy – and deep tension – that drove an iconic group. 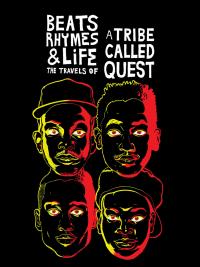 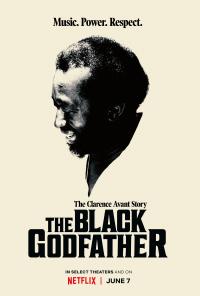 In this thought-provoking documentary, scholars, activists and politicians analyze the criminalisation of African-Americans and the U.S prison boom. Exploring the intersection of race, justice and mass incarceration in the United States, it is titled after the Thirteenth Amendment to the US constitution drawing a direct line between slavery and the US justice system. Nominated for Best Documentary feature film at the 2017 Oscars. 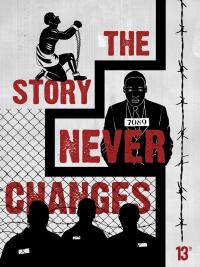 Selma tells the story of Martin Luther King Jr.’s historic struggle to secure voting rights for African-Americans – a dangerous and terrifying campaign that culminated in the epic march from Selma to Montgomery, Alabama that galvanised American public opinion and persuaded President Johnson to introduce the Voting Rights Act in 1965.

This four part television mini series was created, co-written and directed by Ava DuVernay for Netflix and tells the true story of The Central Park Five, exploring the lives and families of the five male suspects who were falsely accused then prosecuted on charges related to the rape and assault of a woman in Central Park. Nominated for 11 Emmys.

Also see – Oprah Winfrey Presents When They See Now (2019) on Netflix featuring interviews with the exonerated five and Ava DuVernay. 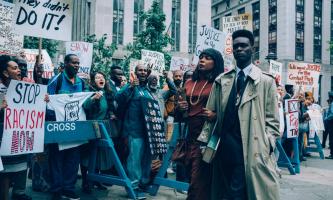 In Disney’s A Wrinkle In Time, three mystical guides lead Meg on an epic journey, tessering through time and space to find her father, following his mysterious disappearance. Ava DuVernay became the first black woman to direct a $100 million plus budgeted film with this sci-fi fantasy. A fantastical tale with strong themes of female empowerment and diversity. 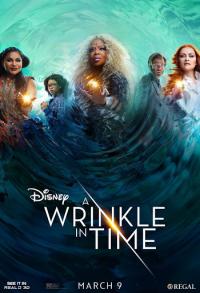 1930s: Controversial debate coach, Professor Melvin Tolson is determined to challenge the status quo of the time, using ferocious teaching methods to shape a debate team at a small African American university in Texas. The team reaches a pivotal moment when they are face with going up against Harvard University’s white privileged and critically acclaimed national championship debate team. Denzel Washington followed his directorial debut Antwone Fisher with this thrilling drama.

This social satire follows the stories of four black students at an Ivy League college where controversy breaks out over a popular but offensive black-face party thrown by white students. With tongue planted firmly in cheek, the film explores racial identity in acutely-not-post-racial America while weaving a universal story of forging one’s unique path in the world.

John Singleton’s debut examines the difficulties young black man face growing up in urban environments damaged by drugs and violence. While mainstream media was unaware, uninterested Black Cinema was exploring these worlds and none with as much nuance and power than in Boyz In the Hood. Nominated for two Oscars the film made Singleton the youngest and first African-American ever to be nominated for Best Director. 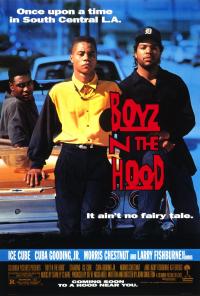 This 2017 documentary marks the 25th anniversary of the Los Angeles riots, LA92 immerses the viewer in that tumultuous period through rarely-seen archival footage. This stark footage traces decades of police brutality and public uprising leading up to the 1992 acquittal of four LAPD officers filmed beating Rodney King. 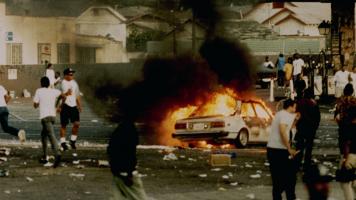 Another Netflix original that tells the story of Agu, a child soldier in an unnamed West African country. When civil war tears his family apart, the young boy is forced to join a unit of mercenary fighters and transforms into a child soldier. Powerful drama from Cary Joji Fukunaga (No Time To Die) and features career making performance from Abraham Attah as Agu alongside a magnetic performance from Idris Elba. 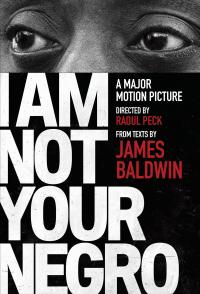 When Chris (Daniel Kaluuya), a young African-American man, visits his white girlfriend’s (Allison Williams) family estate, he becomes ensnared in the more sinister, real reason for the invitation. This speculative thriller from Blumhouse and the mind of Jordan Peele (Us) is equal parts gripping thriller and provocative commentary. Nominated for four awards at the Oscars winning for Best Original Screenplay. 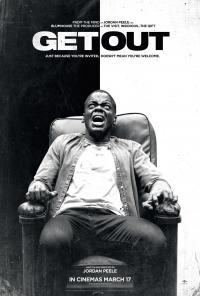 Following Obama’s inauguration in 2009, many Americans predicted the end of racial inequality in the US. But as black communities continue to be torn apart by violence, America remains a country divided. Taking cues from their forefathers in the 1950s, a new generation of civil rights activists has emerged from the bloodshed, determined to have their voices heard in the fight for racial equality. Sally Sara’s 2015 documentary traces the roots of the Black Lives Matter movement.

When the son of Civil Rights Hero, Joan Trumpauer Mulholland, dives into the 400 year history of institutionalised racism in America he is confronted with the shocking reality that his family helped start it all from the very beginning. A comprehensive and insightful exploration of the origins and history of racism in America told through a very personal and honest story. 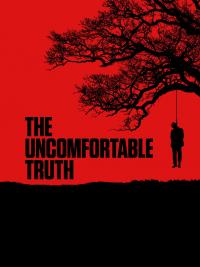 Niece of the Senegalese auteur Djibril Diop Mambety (Touki Bouki), Luminous actress Mati Diop (35 Shots Of Rum) had blossomed into a beautiful director. This, her atmospheric debut short film, is rich with suppressed histories and emotions. Dakar, 2009. At night, three friends gather around a fire. Recently repatriated from Spain, Serigne tells Cheikh and Alpha about his journey. He has only one plan in mind: to jump on a boat and go to sea again. His friends try to convince him to stay but Serigne, as if bewitched, seems already gone.

In an alternate reality of present-day Oakland, California, telemarketer Cassius Green finds himself in a macabre universe after he discovers a magical key that leads to material glory. As Green’s career begins to take off, his friends and co-workers organise a protest against corporate oppression. 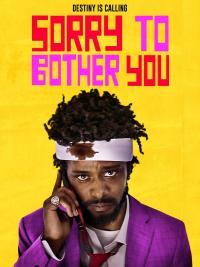 Marvel’s first Black Superhero gets brought to the big screen. Chadwick Boseman stars as T’Challa king of the isolated, technologically advanced African nation of Wakanda. Following the events of Captain America: Civil War, T’Challa returns to Wakanda and is drawn into a conflict with an old enemy that puts the entire fate of Wakanda and the world at risk. With a soundtrack by Kendrick Lamar and starring Michael B. Jordan, Lupita Nyong’o, Daniel Kaluuya alongside veteran actors Angela Bassett and Forest Whitaker. 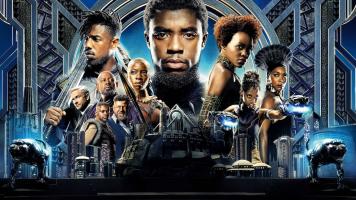 It’s party time, but Kid has grounded by his strict but loving dad. His best friend, Play, however, cooks up a scheme to sneak him out of house so he can hook up with his honey at a buddy’s house, where it’s all going on. Rappers Kid ‘N Play are engaging and funny-and entertaining rappers when they get the chance. A huge hit on release and an even bigger hit in the video stores of the 1990’s.

Tamra Davis’ spot on satire of the US hip-hop scene of the early 90s sees wannabe rappers (Chris Rock, Allen Payne and Deezer D) seek help from intimidating good Gusto. They appropriate his hardcore persona into their music, fashioning themselves as CB$, or Cell Block 4, a far cry from their wholesome upbringing. Their thug appeal makes them stars but when Gusto breaks out of prison their past comes back to haunt them.

Four friends (Regina Hall, Jada Pinkett Smith, Tiffany Haddish & Queen Latifah) are in for the adventure of a lifetime when they travel to New Orleans for the Essence Music Festival. An outrageous comedy and a heartwarming story about sisterhood. Grossing over $100 million dollars at the US Box Office, it made a star out of Tiffany Haddish! 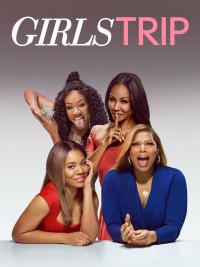