The Return Of The 7 Day Film Diet

It’s January, Christmas and New Year was a bit rubbish and I’m sure everyone binged on films that fed their eyeballs but ultimately left them unfulfilled. Well, fret no longer. The 7 day film diet is back! Forcing you to eat your cinematic greens!

We kick off week one jumping on the wealth of great films on the BBC iPlayer for a week of films good for your heart and easy on the pocket. Click on the titles to go directly to the iPlayer site to stream a film. 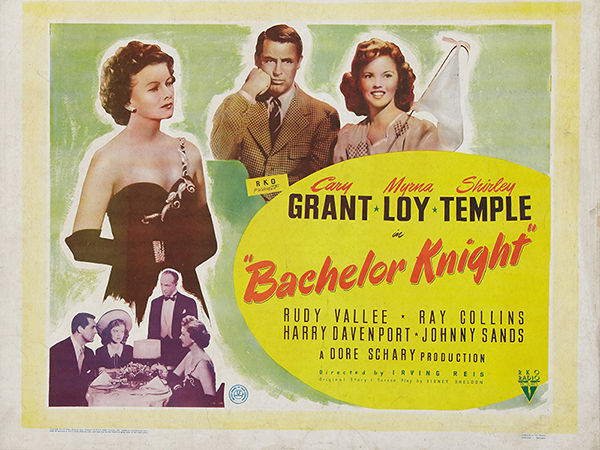 Cary Grant and Shirley Temple star in this classic 40s comedy about a teacher whose playboy antics are curbed by a judge who insists that he romance a girl, until her crush on him wears off.

Steve Coogan’s character of Alan Partridge has been a part of the comedy landscape of UK television and radio for nearly 30 years now. It was only a matter of time that he would move onto the big screen. But who would have thought it would have been as successful as it was. A laugh out loud riot that brings new light to Roachford’s Cuddly Toy. 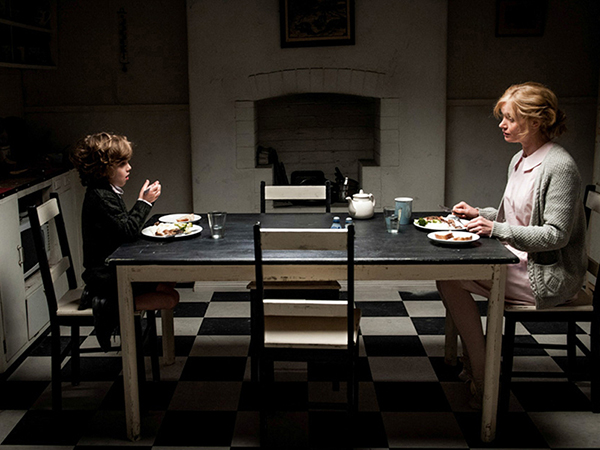 Horror has been big box office over the past twenty years with massive Hollywood franchises Saw, Paranormal Activity, The Woman In Black and the countless number of high end franchises started by Blumhouse. But the indie world hasn’t been slacking and has in many ways been driving the horror genre forward. The Babadook is part of that raft of high quality, tense indie horrors that have found a place in horror lovers hearts but also in fans of great, well made films. Widow Amelia’s worries over her high-strung young son’s behaviour worsen when a mysterious pop-up book inspires fresh fears.

Sam Raimi’s tense neo-noir crime thriller based on novel by Scott B. Smith underperformed on release but the quality has stood the test of time. Set in Minnesota during the winter, two brothers (Bill Paxton and Billy Bob Thornton) find a downed plane buried in the snowy woods. Inside they find a long dead pilot and a bag containing $4 million dollars. They decide to hide the money until spring but nothing goes as planned…

Beautiful But Dangerous (aka She Couldn't Say No) 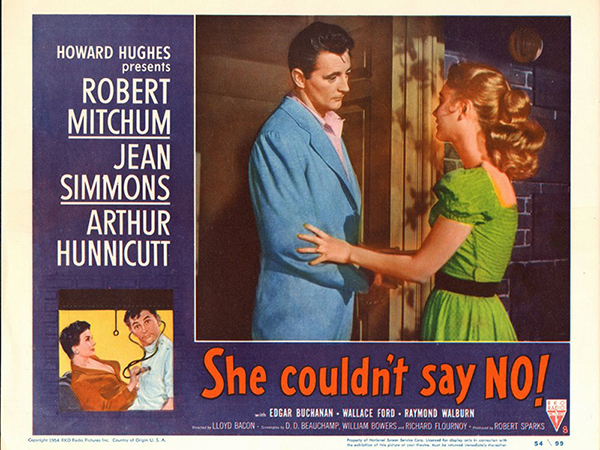 This lighthearted comedy tells the story of a wealthy young woman (Jean Simmons) who causes chaos when she returns to her Arkansas home town and begins to anonymously distribute money. She is determined to repay the citizens who helped fund an operation she needed as a child, but her charity backfires when undesirables from out of town are attracted by the scent of easy money. With the ever watchable Robert Mitchum. 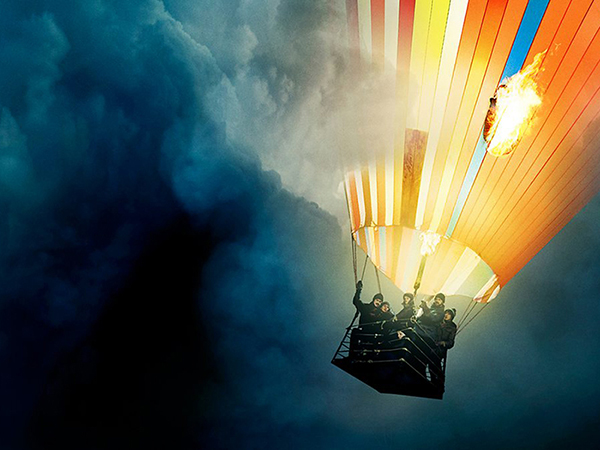 1979, Thuringen, East Germany. Like many of the country’s citizens, the Strelzyk family are desperate to escape to the west. Under the watchful eye of the Stasi and the fearsome lieutenant colonel Seidel, they pursue a plan so crazy that most of their neighbours would not believe it if they saw it. With the help of their friends the Wetzels, they try to cross the border in a homemade hot air balloon. In German with English subtitles.

A big hit when we screened this at QUAD a few years ago, struggling stand-up comic Kumail (Kumail Nanjiani) is a hit with heckler Emily (Zoe Kazan), but their affair ends just before a mystery illness has her in a coma. Abruptly absorbed with her care and sparring parents, Kumail struggles with his own Muslim family and their expectations. 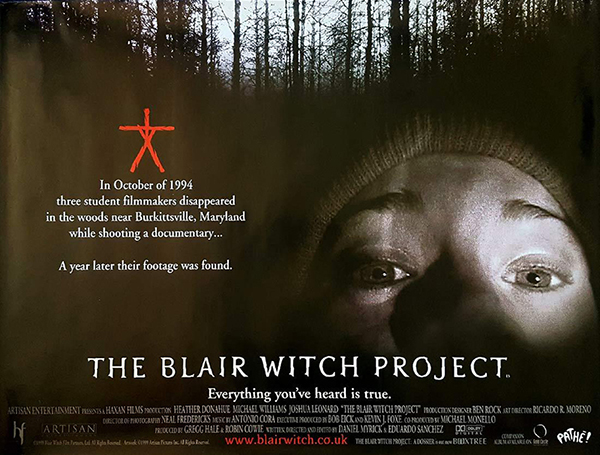 Arguably one of the most influential horror films of the past thirty years spawning a whole host of imitators and defined a genre in the found footage genre. On the trail of a local legend about a witch, three student filmmakers ignore warnings from the locals and go into the Maryland woods for the weekend. Deep in the forest and miles from help, they learn the terrifying truth.

Calamity Jane (Doris Day) is the roughest, toughest gal in the town of Deadwood, and only Wild Bill Hickock is man enough to discover the lady underneath the tough talk and gun belts. Day stars alongside Howard Keel in this musical based on the lives of Calamity Jane and Wild Bill Hickock, two real celebrities of the Wild West. Whip Crack Away - It’s a brighter version of Deadwood…. 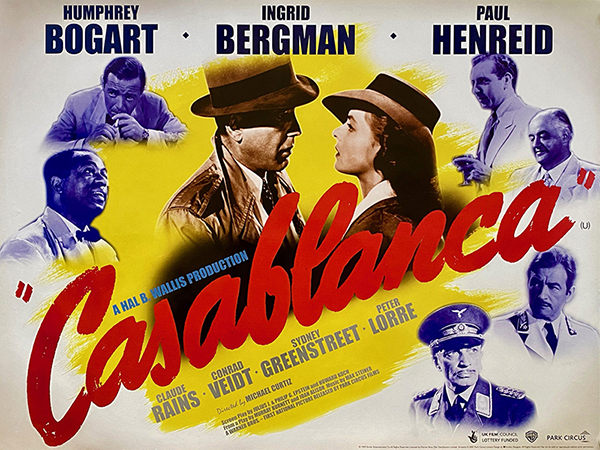 The Death Of Stalin 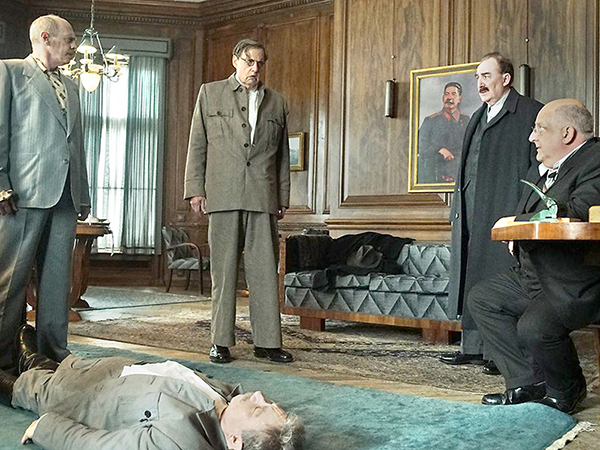 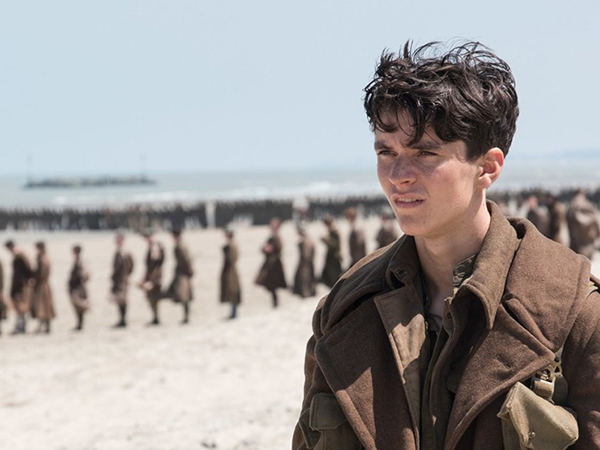 Christopher Nolan’s epic war film splits its tale in three with land, sea and air all represented. Hundreds of thousands of British and Allied troops find themselves surround by enemy forces in Dunkirk, northern France, during World War II. They face an impossible situation, trapped on the beach as the German troops close in. A quickly assembled British fleet leads the legendary evacuation of over 300,000 Allied military forces.

Clash Of The Titans 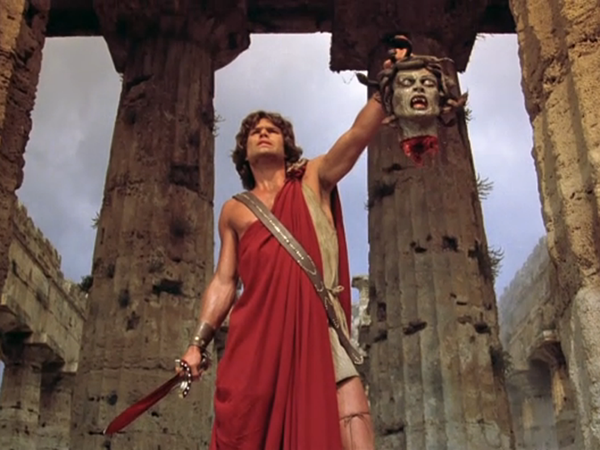 Ray Harryhausen’s swan song to the world of film as he brings together his favourite Greek myths in on epic movie. With the tales of Medusa, Andromeda and the film that utters the immortal words “Release The Krakken!”.

Feature-length version of the classic sitcom about the Home guard unit of a small seaside town. All the cast are correct and present. In 1940, with a German invasion looming, the defence of Walmington-on-Sea is in the hands of local bank manager Captain Mainwaring (Arthur Lowe) and a motley collection of volunteers. 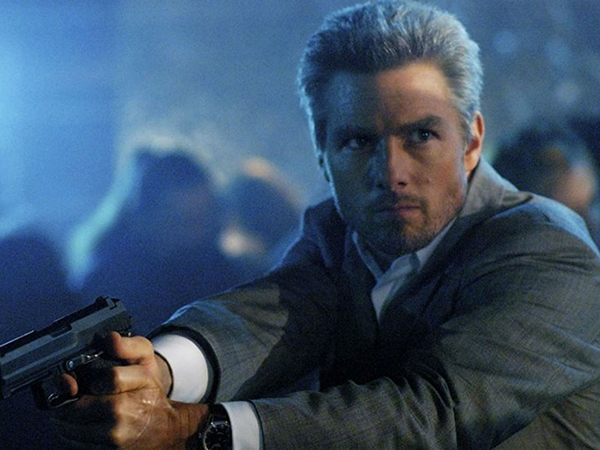 LA cab driver Max Murocher’s (Jamie Foxx) regular night shift takes a turn for the worse when he unwittingly picks up nattily dressed Vincent (Tom Cruise), who, to Max’s horror, soon turns out to be a killer for hire. The evening’s body count has only just begun. Stylish crime thriller from Michael Mann. 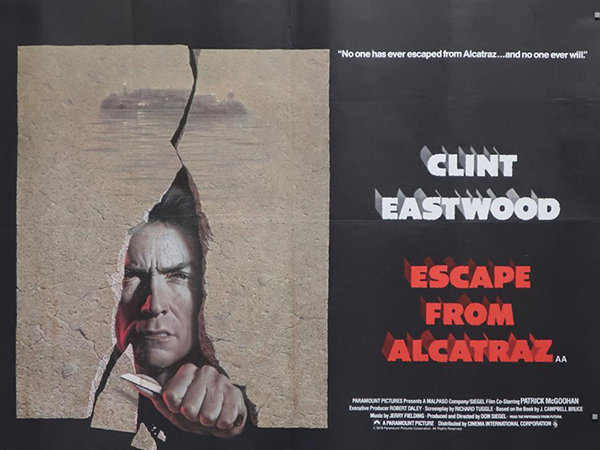 Fact-based story set in America’s former maximum-security prison, from which escape was supposed to be impossible. For habitual jailbreaker Frank Morris (Clint Eastwood), Alcatraz is just another set of bars and walls that will never hold him.

Death On The Nile 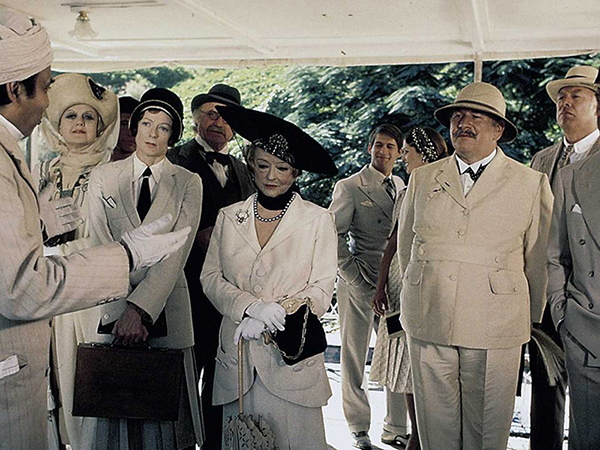 Due to, well 2020, we have been denied the new Kenneth Branagh Hercule Poirot film Death On The Nile so we will have to be satisfied with the delightful Peter Ustinov in John Guillermin’s 1978 adaptation. Agatha Christie’s classic whodunnit sees Belgian detective Poirot stunned by how many enemies beautiful American heiress Linnet Ridgeway (Lois Chiles) has made. When she is murdered on her honeymoon cruise, Poirot has only one problem – everybody on board could have done it, and everybody had a reason for doing it! With Jane Birkin, Bette Davis, Mia Farrow, Olivia Hussey, Jon Finch, Simon MacCorkindale, Angela Lansbury, Derek Niven and Maggie Smith.

Evil Under The Sun 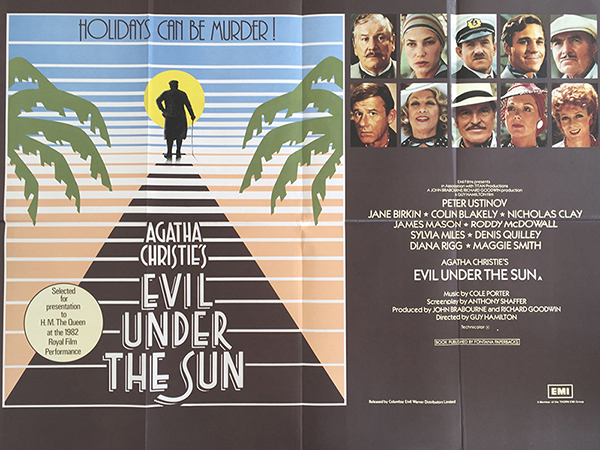 Investigating the theft of a diamond, Hercule Poirot (Peter Ustinov) finds himself in an exclusive Mediterranean island resort, surrounded by rich socialites. When a guest is found murdered on the beach, it falls to the eccentric Poirot to apply his methods and find the killer. With an allstar cast including Maggie Smith, Roddy McDowall, Sylvia Miles, James Mason, Denis Quilley, and Diana Rigg. 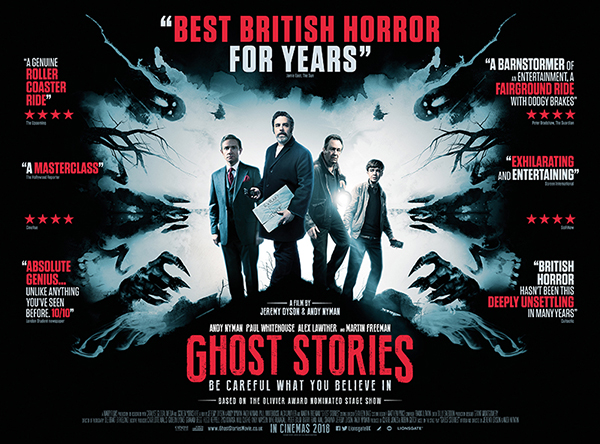 Professor Philip Goodman (Andy Nyman), famous for debunking hoaxes and ghost sightings, is given a dossier of three terrifying, unsolvable cases by his hero and role model Charles Cameron, who has been missing, presumed dead, for years. Can Goodman explain what even Cameron could not? Excellent British spooky drama with Martin Freeman, Paul Whitehouse and directed by the non-actor member of the League Of Gentlemen Jeremy Dyson and star Andy Nyman.

Wonderful nonsense from the 1980s! Christopher Lambert stars as the Scottish Highlander who discovers he is an immortal warrior who is part of a deadly game played throughout history. He is immortal but other immortals will be coming to take his head (literally). He is guided through the rules by mentor Sean Connery.

The Eagle Has Landed 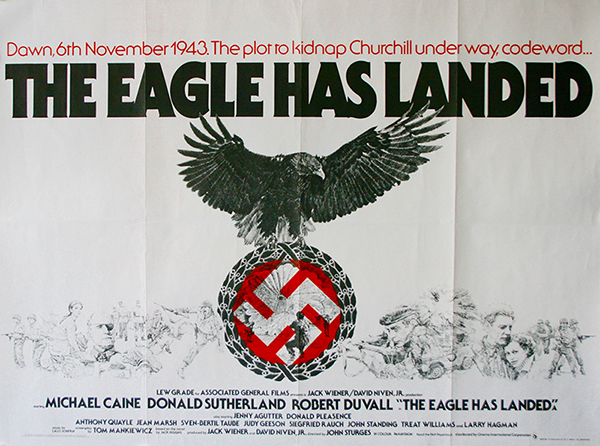 All-action World War II adventure. On the morning of 6 November 1943, the military authorities in Berlin receive a simple message – ‘The Eagle Has Landed’. In a daring kidnap attempt, a small crack force of German paratroopers are poised to snatch Winston Churchill and return with him to Germany. If they succeed in their mission, it could alter the course of the war. Who can stop them? With Michael Caine, Donald Sutherland, Robert Duvall, Jenny Agutter, Donald Pleasence and Anthony Quayle. 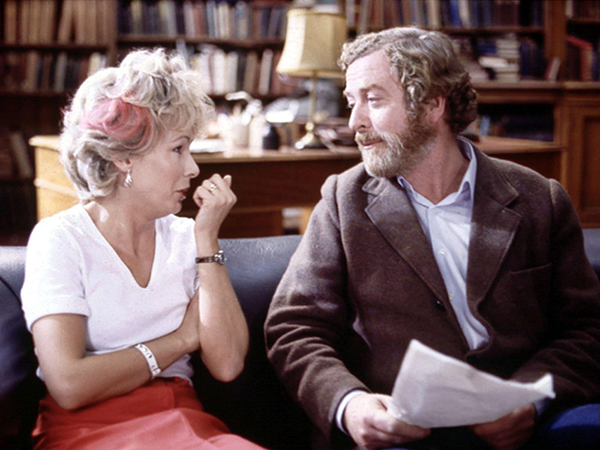 Moving comedy drama based on Willy Russell’s hit stage play about a hairdresser who dreams of rising above her drab urban existence through the power of education. For better or worse, she chooses drunken lecturer Frank Bryant (Michael Caine) as her tutor. Julie Walters nabbed an Oscar nomination for her feature film debut. 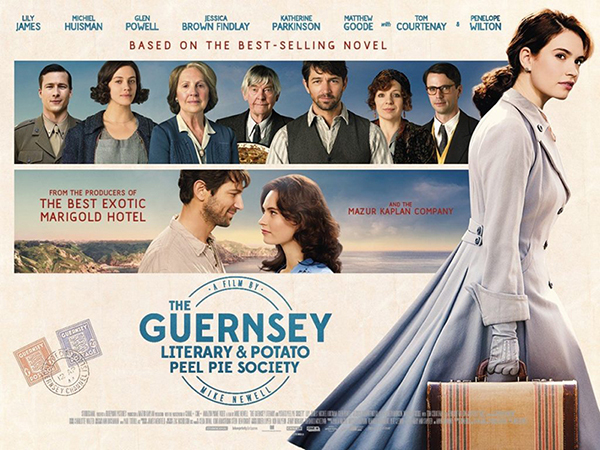 In London, 1946, author Juliet Ashton’s (Lily James) career has taken off, but she is not enjoying promoting her detective stories to eager audiences on a book tour. When she receives a letter from a Guernsey pig farmer inviting her to attend a meeting of his literary society, she eagerly accepts. When Juliet discovers about her new friends and their secrets leads to her staying on the island much longer than she planned.

When reserved teenager Ruth (QUAD Patron Molly Windsor) finds a smeared lipstick stain on her boyfriend Tom’s mirror and a strand of red hair on his t-shirt, a sense of unease creeps into their caravan. Refusing to confront Tom with the discovery, Ruth tries to find the red-haired girl. When she starts to work with the confident and vivacious Jade, her scarlet nails and the hint of red in her hair amplifies her growing fixation. 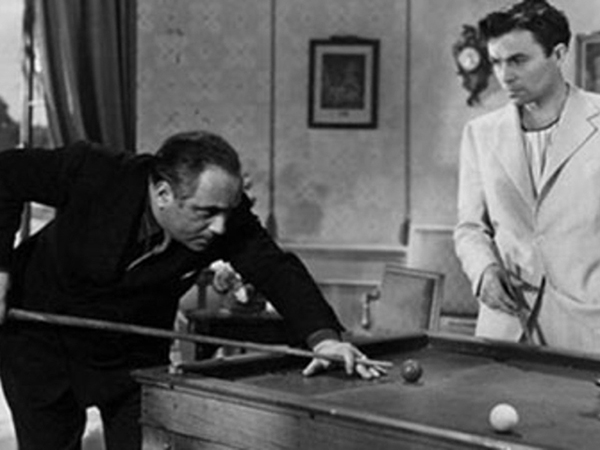 An atmospheric thriller based in the south of France prior to the outbreak of World War II. While on holiday at the Hotel Reserve, an Austrian medical student is wrongly charged with espionage by the French police. Threatened with deportation, he is forced to embark on a search for the real spy among the hotel guests. Based on a novel by Eric Ambler. With James Mason.

To Catch A Thief 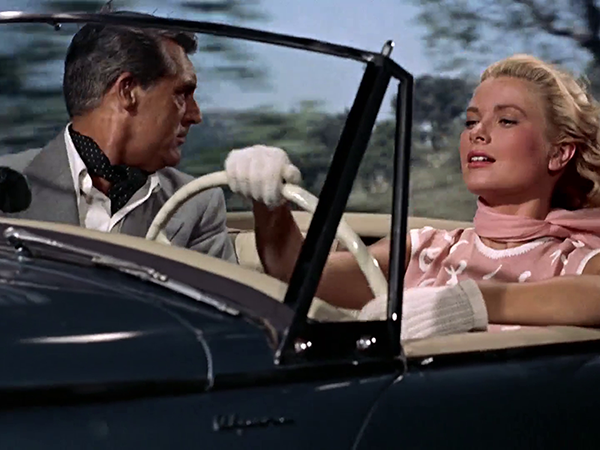 This romance mystery from Alfred Hitchcock sees him re-teaming with Cary Grant. Retired Jewel third John Robie is leading a luxurious life on the French Riviera. After a series of thefts in the area, he is the prime suspect since the culprit is using the same methods he used to employ. To prove his innocence, Robie must catch the burglar himself.

One of the best westerns ever made by the maestro of the classic western John Ford. Believing the Comanche have abducted his young niece, embitterd Ethan Edwards (John Wayne) sets out to save her, accompanied by hot-headed Martin (Jeffrey Hunter). But their long quest takes its toll. 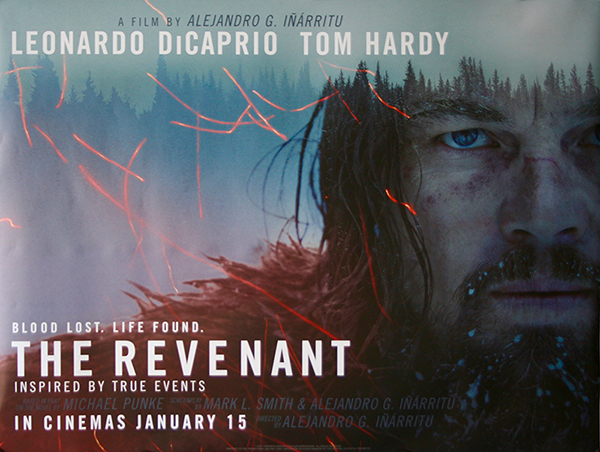 Leonardo DiCaprio embarks on a fateful hunting expedition to bag an Oscar... I mean a Grizzly Bear. In the early 1820s, Glass guides a team of trappers through the wilderness, but an encounter with a grizzly leaves him with severe injuries and teetering on the brink of death. When he miraculously survives the mauling, his fellow crew members are charged with caring for their leader but their decision to abandon him sends a hate-filled Glass on a tale of survival and ultimately revenge.