Hello and welcome back to the next segment in the A to Z of Cinema. All of this week’s films present an individual (or a group of VERY individual people) and their search for meaning in a capitalist society, so we’re no straying very far outside of the USA and UK this time around. 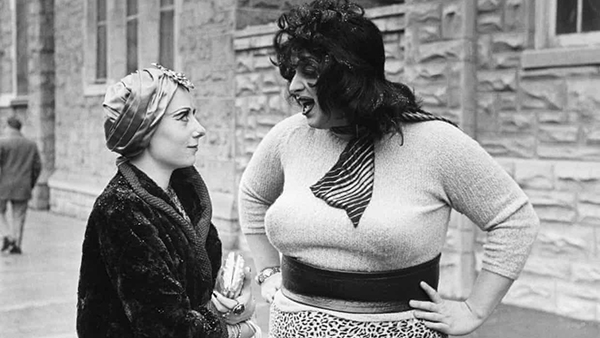 Available on UK blu-ray from The Criterion Collection

Multiple Maniacs is the second feature by the man cult novelist William S Burroughs dubbed: “Pope of Trash,” his first sound film after his all-but-silent experimental feature Mondo Trasho.  This is the Waters we know and love in full bloom, just two years before his famous Pink Flamingos and the faecal ingestion coda that many have winced at. The film is ostensibly about Lady Divine’s Cavalcade of Perversion, a traveling freak show that robs its punters, and Divine’s fall into delirium after chasing the highs of murder, lesbian love and religious desecration. The film features many of Waters’ regular “Dreamlanders” cast and crew in multiple roles, including a very subdued Edith Massey (if you’ve ever seen one of Waters’ early films you’ll know how rare that is.) Like all of his films up until Polyester, the film gets by on its madcap energy, tongue in cheek outrageousness and genuine sense of fun. As his muse, Divine played a few monsters for Waters over the years, but none so literal as here where she rampages through downtown Baltimore only to be taken down by the National Guard. The title is inspired by noted exploitation director Hershell Gordon Lewis’ Two Thousand Maniacs but there is also something of a satire here (after all Waters does love to smash high and low cultures together like those red slippers in The Wizard of Oz) parodying the blatant hucksterism of someone like Lewis in its opening scenes and then cutting to something a purely exploitation director would never do; presenting a thief, a murderer and a human trafficker all rolled into one in the manner of a pre-Raphaelite painting subject, there’s always more to unpick in a Waters film than meets the eye. 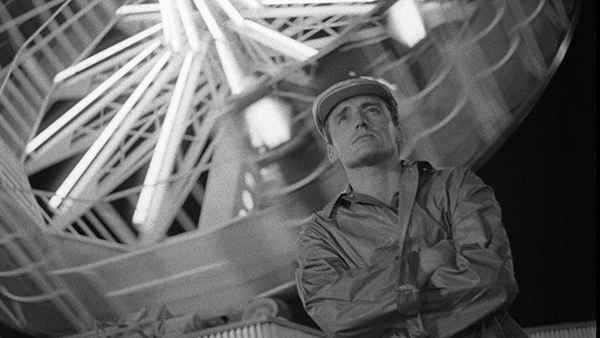 Streaming on MUBI and available on UK blu-ray from Powerhouse Films in their Indicator Series.

This film directed by Harrington, who was an early associated of cult filmmaker and Hollywood Babylon author Kenneth Anger, stars a young Dennis Hopper as a sailor on shore leave caught up in a tryst with a mermaid and her associates in Santa Monica. A dreamlike fantasy verging into horror, the immediate comparison that springs to my mind is Herk Harvey’s Carnival of Souls from the following year, making great use of its locations, sea front setting and a too-neat ending maybe puts it in the same breathe as Hitchcock’s Psycho, but maybe not for the right reasons! The films was brought to my attention as part of the film director Nicholas Winding Refn’s ‘byNWR’ Project, where rediscovered, formerly lost or forgotten films screen as part of curated collections on his own website and on MUBI. Night Tide definitely is unique, and has the vibe of a narratively solid project directed by a European exile and visual stylist. No surprise to find out that one of Harrington’s first creative outings was writing a book on Josef Von Sternberg as a film critic, then getting his footing in film with experimental shorts and a working relationship with film producer Roger Corman. It may be quite rough around the edges but the film has a lot of charm, bizarreness and narrative leaps to satisfy many a cult move fan. 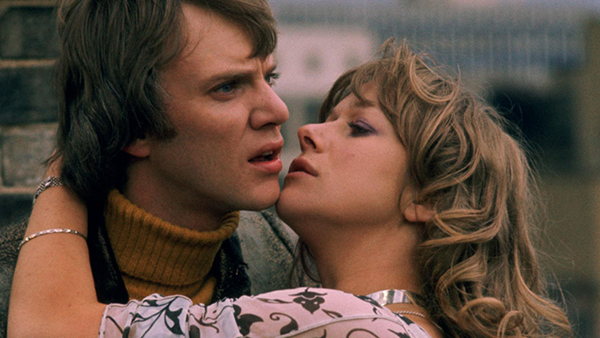 Available on DVD from Warner Brothers

This film perhaps makes for a fitting double bill with Multiple Maniacs as both feature a large cast playing multiple parts, though the film’s satirical sights are more focused on the state of Britain in the '70s. The follow up, of sorts, to Anderson and Malcolm McDowall’s seminal If… from 1968 (retaining a few key cast members like Arthur Lowe and Graham Crowden) positing the character of Mick Travis as a travelling coffee salesman who navigates success and failure through working life manipulating and being manipulated in equal measure, as the story continues and turns more and more surreal by the minute. I have a real soft spot for this film and its attitude of throwing everything at the wall to see what sticks, its is directed with flair and energy, with an often hilarious script and personally I don’t think it feels as long as it’s almost three hour run time. Small sketches are knitted together paying off in one of my favourite endings in post WW2 British cinema. The elephant in the room though is an unfortunate scene of black-face midway through the film. I had initially forgotten about the sequence where Mick, now an executive assistant of sorts to Ralph Richardson’s character (his second so far in the film), attends a meeting between his boss and an African dictator played by Arthur Lowe with, small mercies, a not too cartoonish accent. Although the sequence can be argued to make narrative sense (the point being that colonialism has corrupted and moulded an African nation so much that it’s leader is literally a white man in blackface) it is obviously emblematic of systemic problems of the time; where something like that can be laughed off as satirical without a conversation or greater effort being made to unpack the deeper impact of presenting that sort of visual at all, regardless of it’s logic. The commentary track on the DVD does not help matters, simply describing the idea as fun and little conversation being had regarding it in terms of it’s narrative necessity or racist implications. A sour note in a fable as creative and incisive as anything else made in arguably Cinema’s greatest decade.