Hello and welcome back to the next segment in the A to Z of Cinema. This week’s films are all linked by the disillusionment that comes after once being idealistic, or hopeful, for success and change. And to mark a change from last week, I’ve made a conscious effort to shun the USA. But only for a week. 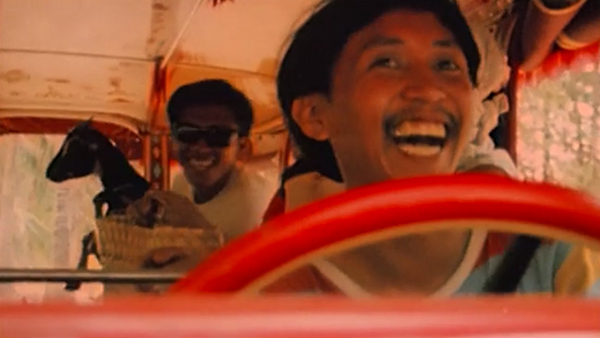 A few years ago when I was on the judging committee for Derby Film Festival there was a very idiosyncratic and highly original film submitted called Masterpiece by filmmaker Mark Rivers (who debuted another film, a documentary about Spondon, Portrait Of A Village a few years later.) As I sat watching Perfumed Nightmare I was taken aback by thematic similarities between these two films made a generation and several continents apart. Both show a somewhat suspect, kaleidoscopic and picaresque biography of an individual whose relationship with the truth is less important than their desire to tell their life story. Whether it’s a struggling UK filmmaker or a Filipino jeepney driver whose hobnobbing with the upper echelons of his immediate society cause him to up sticks for a higher class of life in Paris; both present captivating protagonists in a blurred line between documentary and fiction. Tahimik, whose work was championed by Werner Herzog and Francis Ford Coppola (he would even have an acting role in one of Herzog’s best, The Enigma of Kaspar Hauser) makes for an engaging host, providing a running commentary through the baffling events of the film and for the most part performing the dubbing over all the major characters. As he makes his way up in the world, he is forever hounded by the spectre of western capitalism, literally personified within the film. As he tries to manoeuvre his life to a country that has already “nailed” capitalism (rather than the mid-transformation point he finds his own country to be in) he finds that things are nearly just as bad there. This film is a true cinematic collage, another case of throwing everything to the wall and seeing what sticks. It’s part parody of “Mondo”- style trash cultural appropriation films (a weird scene of circumcision plays into that) and part dreamlike decline of a faux-naif central character (something along the lines of Carnival of Souls or last week's Night Tide). You can really see what drew those mavericks of 70s World Cinema to it. It wonderful handmade style, visual consistency and sense of humour shine through. 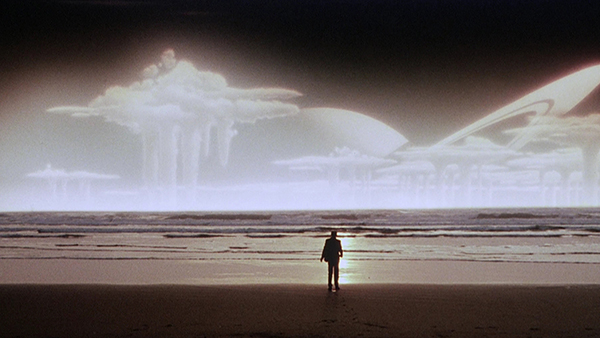 I went on a bit of a modern New Zealand kick over the last few weeks, watching this soon after the well-regarded The Navigator: A Medieval Odyssey. Hard as it is to escape a rather stereotypical Lord of The Rings shaped trap when it comes to New Zealand Cinema of the last 30 years (the director Geoff Murphy worked as Second Unit Director on Peter Jackson's trilogy) this was for my money one of the very best of its genre.  Bruno Lawrence stars as a man who wakes up to find that he may be the last person on earth, going about his daily business until it becomes clear that, after a visit to his employer, that he was perhaps working for the company that caused the end of the world. The film is at its very strongest in it’s first half, where Lawrence portrays a straight laced man steadily losing his mind, culminating in an incredible sequence where he gives a speech to an army of cardboard cut-outs of famous celebrities and dictators outside a luxury home and declares himself Emperor of Earth. There is a humour that carries through the film at once gentle and at once dark. The unspoken humour in his descent into madness is playfully mocked by the other survivors he soon finds himself acquainted with and the films structure is one that truly hits all the high spots required of this sort of very humane science fiction film, with subtle twists in an otherwise formulaic  plot being handled with genuine subtlety. There is a Kubrickian quality to some of the images that the camera lingers on, thoroughly anchoring you in the world created, as well as some disorientating camera work taking the place of easily dated effects work. Alongside it’s close brethren Steve De Jarnatt’s Miracle Mile from 1988 and Tom Eberhardt’s Night of The Comet from 1984 (both USA) this is an ideal final film in an End of The World marathon.

R = Rocco and His Brothers 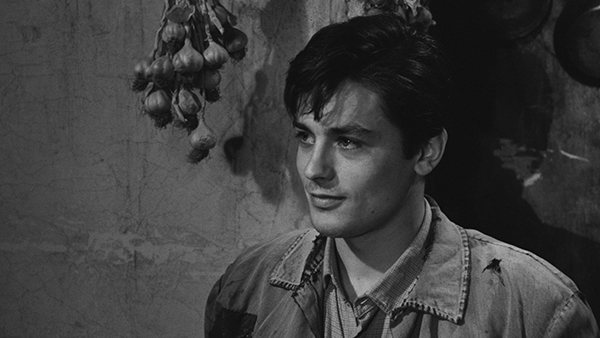 Streaming on Mubi or available on blu-ray from Masters of Cinema.

Finishing off this session with a classic Italian post-neorealist drama, this was actually my introduction to Visconti. To me this tale of a migrant family that moves to Milan from Southern Italy is one of the great, epic rise-and-fall dramas up there with Bertolucci’s 1900 (Novecento), Leone’s Once Upon a Time In America and P.T. Anderson’s There Will Be Blood. The film has a rich cast though the main action concerns the feud between brothers Rocco (Alain Delon) and Simone (Renato Salvatore) centring around boxing and women. We follow all the brothers in sections separated with intertitles purporting to focus on their own actions, but the whole family is dragged down by the actions of black-sheep Simone against beloved Rocco and the consistent domineering presence of the their stubborn mother, both a monstrous and sympathetic figure as portrayed by Katina Paxinou. The sheer complexity of familial relationships is laid bare, in a style perfected by the later dramas of Mike Leigh, nobody reacts in a predictable manner to the melodramatic scenarios playing out throughout the films runtime. This family are presented to us already in crisis and flux when we find them on a bus in a city with no home, but try to hide it with an over reliance on a falsified sense of togetherness and unity and the rituals that make up the mother’s idea of a family rather than honesty and acceptance. The family crumbles not because of the hardships that they are soon capable of pulling themselves out of, but rather a more emotional dishonesty and stunted sense of propriety that plagues them right up to the end of the film. Anyone watching this can see an element of their family unit on display here, despite the time period and setting, showing us that some toxicities are sadly universal.