Hello and welcome back to the next segment in the A to Z of Cinema. This week we make a promised return to a director previously explored in this series, and look at an iconic youth film. Only two films this week; a bit of a break for the author before the final two articles 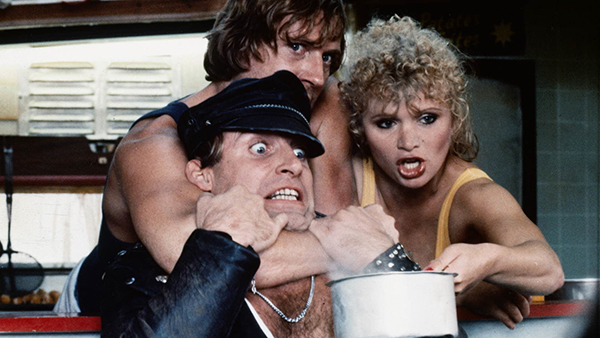 Available on Blu-ray from BFI

I’ve been meaning to take a look at the early films of Paul Verhoveen ever since watching the dark and stylish psychosexual thriller The Fourth Man (sharing cast members Jeroen Krabbé  and Renée Soutendijk with Spetters) on Mubi a few months ago. Spetters  does not disappoint, an incredibly rough around the edges youth film concerning sexually obsessed and confused motocross enthusiasts outside Rotterdam. The film pulls no punches with it’s lead characters, presenting them as hyper-masculine, edge-lord racists of their time getting their kicks from beating up gay men and comparing penis sizes with engineering tools. There is a frankness to the film that clearly purports to expose the performativity of the actions on the teenagers; as they do what they want treating life as an unending carnival so do they become the victims of cruel fates that have their own dark performativity and dark irony outside the scope of reality. The film fell foul of many groups in Netherlands on it’s release, particularly for it’s treatment of homosexuality and one scene where a male character who specialises in robbing/blackmailing gay men is brutally raped by a gang of men and subsequently comes out to his friends and family. It is not a film for the weak at heart but Verhoeven’s direction is as vibrant as usual and it reminded me of pulls-no-punches teen films like Israeli director Boaz Davidson’s The Last American Virgin and the work of Todd Solondz for its dark fatalism and desire to present the journeys of thoroughly dislikable characters. 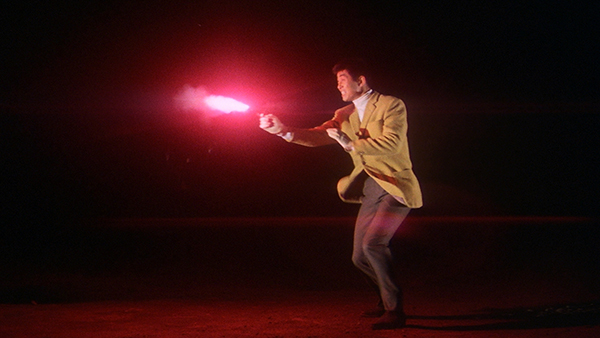 Available on Blu-Ray from Criterion Collection

I know this will sound reductive to some; but if giallo supremo Dario Argento chose to, while in his prime, direct a hard boiled Japanese Yakuza crime film; I would probably look a lot like this! Tokyo Drifter is probably Seijun Suzuki’s most well known film alongside 1967’s Branded To Kill, a very stylish series of vignettes put together to make one of cinemas best chase films. It has everything the cinephile aesthete could desire; harsh colourful dreamlike lighting in the nightclub sequences that look they were designed by Derek Jarman, beautiful snowdrift sequences with characters wandering aimlessly and a penultimate set piece right out of the action cinema of Hong Kong. 20mins in and you struggle to keep up with genre references, as it hops from traditional Yakuza business as Nikkatsu Studio was known for, Westerns, Musicals/ Pop Music cinema, Avant-garde European Cinema, Pop Art and unrequited romance. This is subversive by way of overcomplication (or over-stuffing is maybe more accurate) and it just works so well. There is enough metafiction in place for those of us looking for an experience outside purely aesthetic appreciation and genre mash-up kicks, the Greek chorus-like presence of the theme song sung by lead character Tetsu’s girlfriend (and himself) is omnipresent, blurring lines of diegetic and non-diegetic use, even whistled by him when he thinks his time is up; you’ll quickly run up a sizeable number of “Hey, that’s the name of the movie!” moments. I would call it a musical of gunplay and ennui but that also describes many of the films that it arguably inspired too, not to mention that the final sequence is incredibly reminiscent of the dance in the giant purple room in Singin’ In The Rain, though that white shawl is replaced here with a sculpture of what looks like a Polo mint on a stick that gradually changes into the sun. A pitch perfect collision of genres, styles and ideas. This is a must watch Japanese film of the 1960s.