This week’s penultimate edition of the A to Z of Cinema, we’re focussing on films that have all been released by the always high quality Arrow Films, the iconic UK DVD and Blu-Ray label turned streaming platform. I’ve been collecting Arrow releases for years (from across their Arrow Academy, Arrow Video and Arrowdrome strands) and I’m really excited to talk about some of them this week. 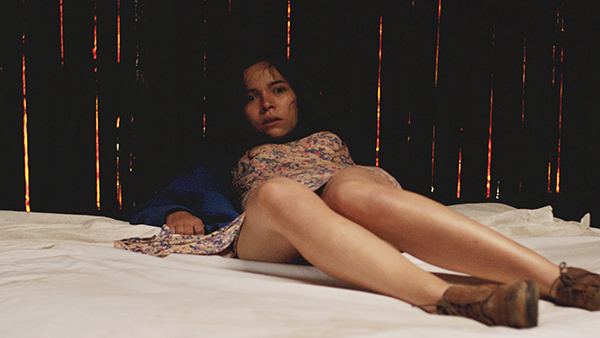 It’s hard to talk about this film without mentioning Andrezj Zulawski’s 1981 seminal cult horror film Possession as both feature characters in declining marriages and in physical relationships with extra terrestrial beings. In this admittedly small sub-genre one film reigns supreme but The Untamed does give it a run for its money. Following Alejandra, mother of two, who is stuck in a loveless marriage with a husband that is involved in an affair with her brother, as she meets a mysteriously injured women that draws her to a secluded barn and a new alien lover. The film presents balanced strands of the disappointments of married life in it’s middling stages (the main character is introduced to us unable to reach orgasm in her own home due to her children’s needs and husband’s disinterests), a family in law actively looking to exclude and distance  the young female protagonist in pursuit of keeping an unequal status quo despite all of the out of control problems occurring,  as well as the psychosexual awakening and threat that comes with the alien’s presence. A bit slow of pace for some, with less of the histrionics that make Possession so watchable, the film is nonetheless a successful fantastical horror that remains almost contradictorily grounded in the grim realities of life in the director’s native Mexico and the poisonous family structures that are clearly recognisable to viewers of any background. The film presents a question that no matter how outlandish our solutions to old problems are, they run the risk of becoming as corrupt and problematic as the systems that they are set to replace. A strong thematic genre mash up that is dense with meaning and implication. 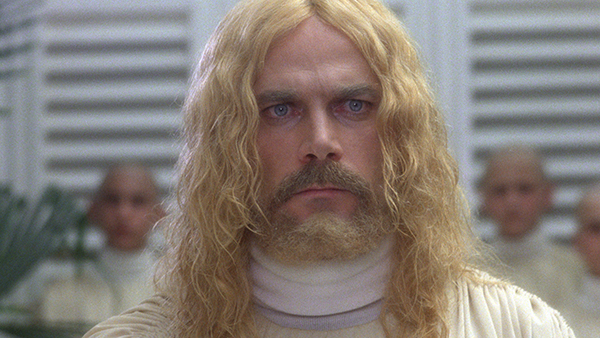 Available on Blu-Ray from Arrow Video

There’s no real way around the fact that this is a bad film. It’s so interesting though, in its sub-Jodorowsky philosophical posturing, visual insanity, genesis as a rip off of The Exorcist and its baffling casting (John Huston as an extra-terrestrial Max Von Sydow stand-in, Sam Peckinpah as a doctor and, the original Django, Franco Nero as basically Jesus.) This is a piece where you want to read everything written about the film afterward but probably never want to watch it again. The film is a baffling collection of scenes that seems to ostensibly be about an otherworldly war between good and evil, the evil of which has made its way into the body of a young girl on earth and a shady cabal of wealthy Satanists on earth are trying to harness her powers for themselves (through her shady step-father and basketball team owner Lance Henriksen.) The list of films that this tries to ape is a mile long jumping from trying to be the aforementioned The Exorcist, The Omen, Rosemary’s Baby, God Told Me To and Carrie. There is some charm to be had from the lunacy on display coupled with serious performances from Huston, Henriksen, Glen Ford, Shelley Winters and Page Connor and the earl y sequences look straight of the world of Dune so there is more than enough pedigree for this film’s status as a midnight movie gem, all it’s logic and lore only being paid lip service to as it crashes from one madcap sequence to the other. Henriksen reports that in a sequence designed to ape a siege on a home as in The Birds, real glass was used instead of gimmicked sugar glass resulting in many injuries both human and avian; a film perhaps crying out for a narrative adaptation of it’s making more than any other.

W = What Have You Done To Solange? 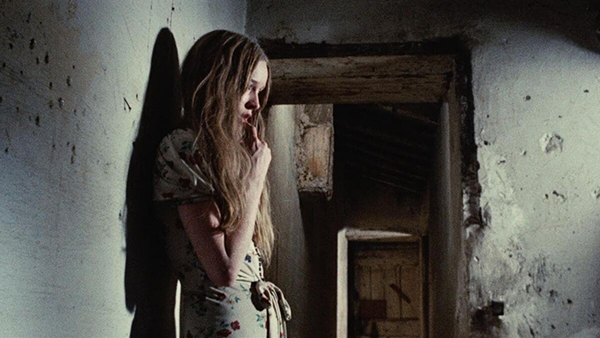 In the pantheon of the Italian giallo sub-genre, What Have You Done To Solange? stands as a truly high-tier offering right next to Dario Argento’s films The Bird With The Crystal Plumage and Deep Red directed with an assured hand and exploitative zeal by Dallamano, the cinematographer on the first two films in Sergio Leone’s Dollars trilogy. The film follows a gym teacher at an all girls school in London who is having an affair with a pupil while a killer roams the landscape, picking off school girls in increasingly sexually explicit murders, he attempts to keep the affair secret from his wife while explaining away his presence at the murder scenes and attempting to track down the killer. All the hallmarks are there; the girls in peril, the amateur detective and the black gloved hands of the killer. While it would be false and reductive to say that the film rises above it’s genre trappings, what it does is to marry all the lurid and sleazy essence of the genre with a central situation of child sexual exploitation with sometime seriousness and looks at it with an emotionally realistic gaze rather than a narratively realistic one. It is also a giallo, though, and the statutory rape that is clearly occurring in the central relationship is glossed over and not thought twice about, other than to convey the main character’s status as a suspect in the murders. It’s a truly schizophrenic example of the genre, one that stands unique to many of its brethren with a thematic heft and weight unique to itself.