This week marks the final edition of the A to Z of Cinema, for now. Thank you everyone who has continued to read these entries, the project has been fun and I hope it’s shone some light on a few items people might not have heard of before. Special thanks to Peter from QUAD for editing and providing the images for all the articles I’ve written. This week we hit the final triumvirate of films, X Y and Z. Seeing as there are so few films beginning with X, I have gone with a tried and true classic to cover that entry and finished on some Japanese films at the different end of the “taste” spectrum. 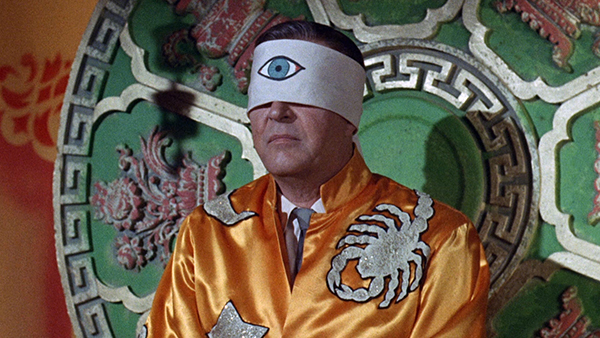 Let me first express my frustration with the lack of films beginning with X in my own collection, and the wider boutique streaming world. I would be talking to you, in an ideal world, about Lucia Puenzo’s drama about a young intersex person “XXY” but instead I’m talking about an old standby and one of my favourite schlocky sci-fi films of all time. The title says it all, really, as Ray Milland stars as Xavier, a doctor experimenting with the human eye who becomes able to see at first through clothes, then bodies, then existence itself. Corman’s films around this time are all intensely watchable and the best ones feature a killer central hook that keeps the viewer watching despite perceived deficiencies. I don’t see much of that here, personally. The film really gets going once Xavier goes on the lam, the cheesier early scenes of him at a dance party where he starts to see everyone naked would probably damage the film in the eyes of more astute viewers, coupled with his shockingly abrupt murder of his friend. The ethical, moral and social aspects of the script and what having such a power would mean for a normal human being is explored and fleshed out during the second half. As Milland falls further and further down the social strata, coming in to touch with damaged, transient and marginal people (including a fantastic straight acting performance from comedian Don Rickles); the film makes it’s metamorphosis into an almost gritty modern superhero film mixed with a tragedy; the film has some roots in the origin tales of Spiderman but only here taking the wrong path out of the gate doesn’t lead to redemption. I once made a “horror” reel for a film screening in an old Panopticon Music Hall in Glasgow, you best believe I included this film’s final sequence in a Christian revival tent in it. Corman really stuck the landing with his shock endings in the 1960s and this is one of them. And its not even the best ending, as Stephen King claimed there was an alternative ending that was even more gruesome and harrowing than the one featured. Corman denied this but also admitted that King’s idea was far better! Either way, this stands as in the upper tier of simple and effective Corman along with the Poe adaptations The Pit and The Pendulum,The Masque of the Red Death and LSD fever dream The Trip. 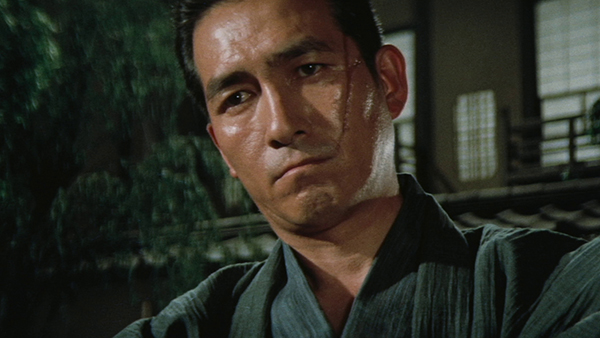 From an American King of exploitation to his Japanese counterpart; this anthology film from Blind Woman’s Curse, Orgies of Edo and Horrors of Malformed Men director Ishii follows methods of Yakuza corporal punishment from three distinct eras in Japanese history (Edo, Meiji and Showa.) Subtlety is obviously thrown out the window here, the opening montage of tortured offenders looking like something out of an Italian ‘Mondo’ film, the graphic blood and gore is by turns laughably amateur and shockingly violent. The two classic segments that make up the majority of the first hour are significantly more interesting than the rather plodding final segment, though visually the final sequences is probably the most exciting with yo-yo obsessed hitmen and botched archery competitions (!) All three tales portray an individual or individuals who break the inherent common laws in the Yakuza code; the first tail portrays a paranoid Yakuza boss gradually losing control of the men beneath him as they break rules and rise up. It seems that this sequence would be at the end of the film if it had more segments and did a bit more time-hopping, it has everything going on from seppuku to removing of fingers to a very tense sequence where swords are inspected for their damage in battle with the unblemished sword holders warranting extreme punishment. This definitely sits as the most complete mini-movie in the film. The second shows a singular Yakuza who makes a seemingly unprovoked strike on an enemy boss, done with the blessing of his unscrupulous leader who refuses to acknowledge this and sends the man to jail. He returns to exact revenge. The third and final sequence is set in the 1960s and shows various people leaking secrets and attempting to jockey for power. Though I couldn’t tell you the ins and outs of the story here as the powder keg of double crossing just overtakes any attempt at solid characterisation or social exploration. It does succeed in putting a full stop on the fact that the “law” of the Yakuza has always been loose, corrupt and laughably inconsistent. Cults of personality and power will always take precedence over the so called “honour” that is displayed by those that wield authority in all these segments. 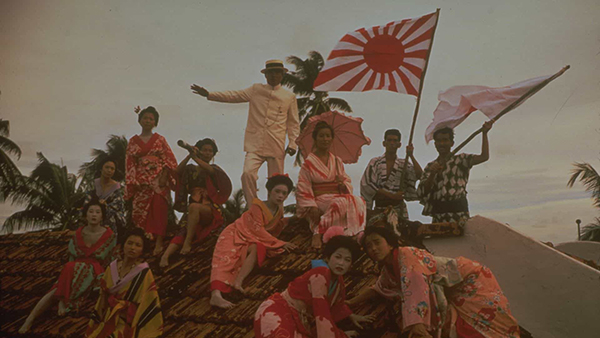 The final film in the final article is from the year of my birth and I’m ending as I started in Japan, showing the epic life story of one person from rags to riches and rags again. Drawing some very loose comparisons to a film I featured a few weeks ago, O Lucky Man, Zegen is another picaresque life story of Iheiji Muraoka, a Japanese refugee to China who tries and succeeds to set himself up as an official provider of brothels to the Japanese Army at the beginning of the 20th century. The film is a jet-black comedy, the lead character convincing himself that human trafficking is a direct route to devout nationalistic credibility and honour; my immediate reaction was to describe it to my colleague as a sort of Japanese McCabe and Mrs Miller where the unbridled capitalism of Warren Beaty’s John McCabe is replaced with the desire to be recognised for a life long servitude to an Emperor that probably doesn’t even realise you exist. There is a tragedy that both men end up dying alone in their way, despite the protagonist of Zegen being surrounded by family; his delusions have never allowed him to be settled and comfortable. Self belief ends up being both men’s downfall in the end, no matter what the other contexts are. The tragedy of trying to live as an iconoclast even when you are reduced to meeker circumstances. The film’s humour is one of it’s great successes, along with it’s strong female lead, the Mrs Miller of the piece played with steely reserve by Mitsuko Baisho. One particular sequence has Muraoko tell everyone that he will commit ritual suicide due to the emperor dying and the long, drawn out attempt fails miserably as Baisho looks on dismissively. A great film worthy of the idiosyncratic yet epic biographies of Werner Herzog.