Welcome to the second edition of this, to use the language of streaming, limited series covering my A to Z marathon over lockdown. This week’s films are from across different genres and continents but all cover the subject of women making important and, sometimes, life or death decisions whilst being under the duress of men. 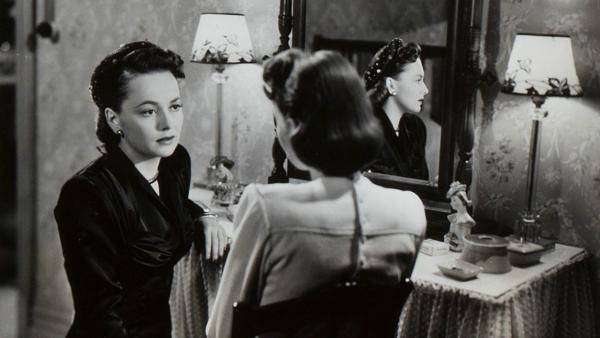 Available on Blu-Ray through Arrow Academy’s 4 Film Noir Classics Box set or as a standalone disc.

As someone with an often misspelled surname and first name I can understand, empathetically, the problems faced by the director Richard Siodmak as displayed by this brilliant on set photo from a later film. 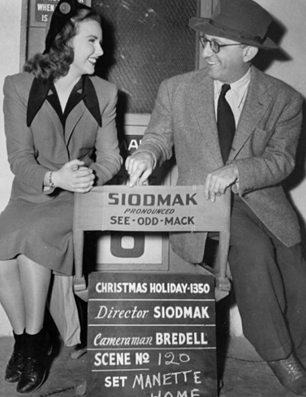 Most well known for his other 1946 release The Killers, Siodmak also released two further films that year; both of which laying groundwork for stories that would become a future obsession of Hollywood. Whereas The Spiral Staircase anticipates the slasher film by a few decades, The Dark Mirror is an early example of Hollywood’s obsession with abnormal psychology that would culminate in films like Psycho. Olivia De Havilland plays twins who both enter the circles of suspicion over a doctor’s murder in New York. Some rudimentary techniques are used to allow De Havilland to play scenes against herself and, while nowhere are majestic as modern examples such as Jeremy Irons in David Cronenberg’s Dead Ringers, for its time it works incredibly well. The story is standard melodramatic noir though apparently De Havilland was dabbling in method acting at the time and asked all immediate fellow cast members to seek psychotherapy. Which although sounding like a gimmicky thing to do, seems more and more like good practice as each year passes. 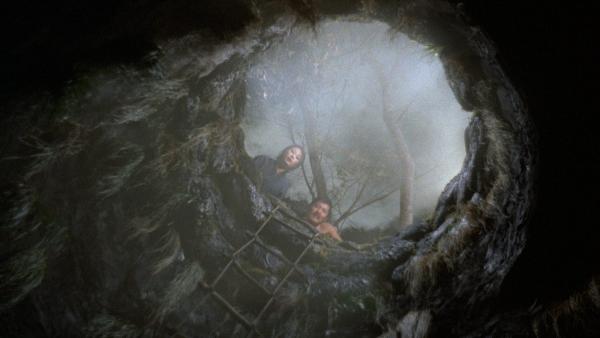 Available on Blu-Ray from StudioCanal

Probably the third-most well known of Oshima’s films in the west (behind the super-controversial In the Realm of the Senses / Ai No Corrida & Merry Christmas, Mr Lawrence) this film definitely presents a more conventional side to the filmmaker. This is a classic ghost story set in 1895 and concerns a rickshaw driver’s wife whose younger lover convinces her to help him kill her husband, however years later the man’s ghost begins to visit and causes the emotional, social and mental decline of the protagonists. Despite being a more formal story the films certainly has some extremely vibrant visual flourishes, every encounter with the husband’s ghost is deftly presented in a nightmarish fashion and the film takes on a dreamy quality as the couple tread water waiting for the revelation of their plot. The critic and previous guest at QUAD Jasper Sharp, author of Behind The Pink Curtain: A History of Japanese Sex Cinema, has compared the film to The Postman Always Rings Twice in a positive fashion while also admitting that the film is less interesting than Oshima’s earlier work. Though, as a jumping in point if you are new to this visionary Japanese director, it is more than up to the task of showing you what awaits you further into his catalogue. 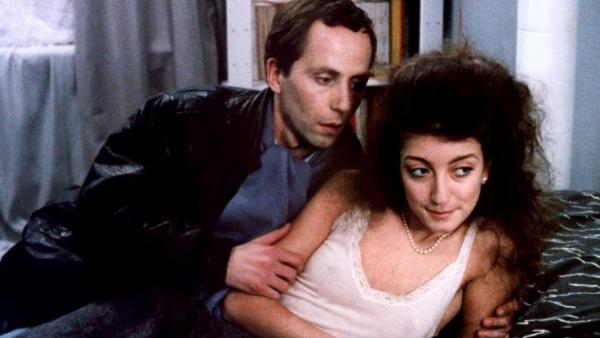 We now move from a French co-production to a film about the intimate lives of young Parisians, this film, represents my first direct exposure to the films of French New-Wave director Eric Rohmer. Rohmer is often mentioned as a favourite of the film obsessed, tennis-pro David (Craig Roberts) in the Amazon Prime series Red Oaks (set in a New Jersey Health Club in 1985) and a screening of one of his films, Claire’s Knee, features as an impetus for a date between David and his not-girlfriend-yet Skye. Imagine my surprise and delight to find that one of the main characters, Remi, in Full Moon In Paris is a tennis player! This film is a fun, nuanced character piece that reminded me greatly of the lighter side of Mike Leigh (Life is Sweet and Happy Go Lucky spring to mind) in which a young Parisian woman living in the suburbs with her stoic tennis playing stay-at-home boyfriend; is tempted back to make a second home in the city by her married male journalist friend who has less than honourable desires. This was a perfect introduction to the director, I’ve often been cold on the French New Wave but these later films by Rohmer are full of life, joy and beautifully naturalistic performances (many of his Comedies and Proverbs series are currently streaming on Mubi and I plan on watching The Green Ray next.) The characters are allowed long scenes to explain, discuss, misunderstand and fail to apologise properly; creating what seems like a very accurate and well observed presentation of the difficulties involved in balancing living for yourself and the emotions of others.