Auntie has been good to us this week! We’ve been good cinema dieters and we have been rewarded by the BBC iPlayer with 26 silver screen classics from RKO studios. That combined with some choice offerings from Mubi, I am just giddy with excitement to start this week’s diet.

Reminder: Mubi is still offering a free 3 months free trial of their online cinema streaming service to all QUAD customers and fans. Click here to find out more

Looking for one film to watch but can't decide? Why not give our random wheel a spin to select a film from this week's 7-Day Cinema Diet list below...and make sure you stick to it!

Poetic story of a pioneering Mormon community. Forced out of Crystal City, a group of Mormons head westward in search of the promised land. The journey is treacherous, and two footloose horse traders are persuaded to 'give the Lord a hand' and guide them across the desert. On the trail, the wagon train encounters travelling entertainers, fugitive gunfighters and Native Americans. 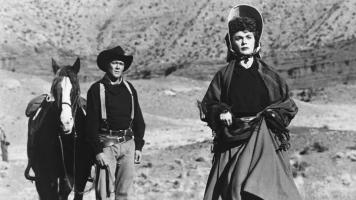 Orson Welles's period drama telling the story of a wilful son of the proud Amberson family who destroys his mother's hopes of marrying her first love - a recent widower. Refusing to move with the times, he not only causes his mother to suffer but also brings about his own financial ruin. Welles first film after the smash Citizen Kane suffered from interference from the studio RKO and the final version significantly differed from Welles original vision. 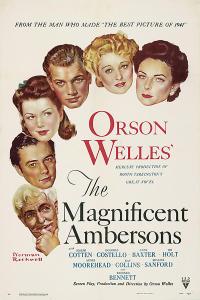 Frequently voted one of the best films ever made, Orson Welles's masterpiece tells the story of newspaper magnate Charles Foster Kane in a series of flashbacks. A reporter is intrigued by the dying Kane's last word - rosebud - and sets out to find a new angle on the life of one of the most powerful men in America. Nine Oscar nominations resulted in only one award for the outspoken Welles - Best Screenplay. 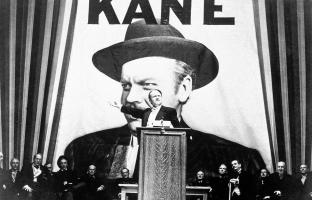 Hollywood’s Biggest Star! Hollywood's most famous monster movie in which Kong, the giant gorilla, is taken from his prehistoric island home to be exhibited in the music halls of Manhattan. The brilliantly executed tale of beauty (Fay Wray) and the beast set new standards in film-making and provided some of cinema's most powerful and lasting images. 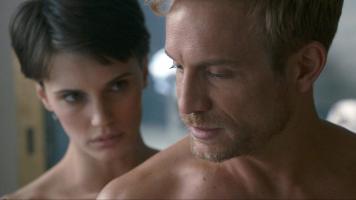 Hungarian drama following the experiences of a 13-year-old girl and her beloved dog, which is cruelly treated after they are separated from each other. 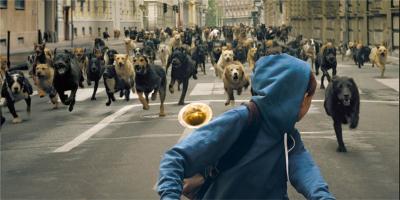 Nora is alone with a job she’s outgrown and a nagging mother. After awful dates, she meets a quirky Frenchman who opens her eyes to a lot more than love. With Parker Posey, Melvil Poupaud and Justin Theroux. 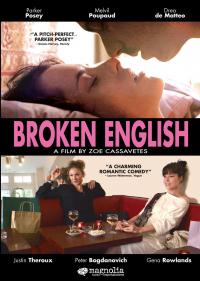 Jennifer Lawrence stars in this adaptation of the Suzanne Collins best selling novel. Spawning three sequels, the first film is a tight, concise story set in a post dystopian future where 24 teens from various district are chosen to fight in the Hunger Games. Katniss Everdeen takes her sisters place and must compete for her life!

Cary Grant and Katherine Hepburn star in this classic screwball comedy about a madcap heiress who makes a shambles of an absent-minded palaeontologist's life when she arrives on the scene complete with her pet leopard. The film's rollercoaster plot formed the basis for 1972's What's Up, Doc? and is notable for Katharine Hepburn's foray into zany comedy. 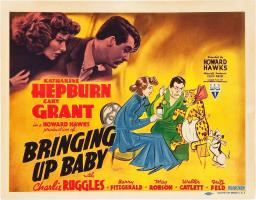 Classic Cary Grant screwball comedy about a woman who reappears after being shipwrecked to find that her husband has remarried. While he tries to conceal her existence from his new bride, his first wife has her own secret - namely the handsome hunk who was her companion for seven years. 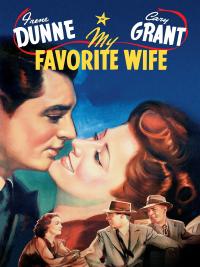 A family forced to quit their expensive New York apartment court disaster as they try to fulfil their dream of owning their own house in the country. A sharp estate agent sells them an ancient dilapidated place in Connecticut, which horrified surveyors insist is only fit for demolition. Another classic Cary Grant film. 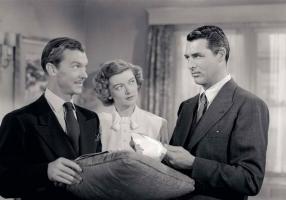 Biographical drama. Growing up in Brooklyn, the son of an expatriate Russian single mother Bobby Fischer (Tobey Maguire) lives for chess, winning all his junior matches. His dreams are of being the youngest ever world champion. To do this, he needs to beat the Russian masters (including Liv Schreiber’s Boris Spassky) and his own increasing paranoia. 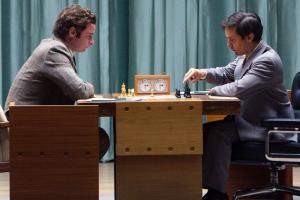 The first in a double bill of Robert Mitchum / Jean Simmons collaborations. First up is this light comedy drama about a wealthy young woman who causes chaos when she returns to her Arkansas home town and begins anonymously distributing money. She is determined to repay the citizens who helped fund an operation she needed as a child, but her charity backfires when undesirables from out of town are attracted by the scent of easy money.

Our second Mitchum / Simmons film takes a more chilling turn in this Otto Preminger directed film from the golden age of film noir. A family chauffeur (Robert Mitchum) gets embroiled in the murderous schemes of his employer, a beautiful female psychopath (Jean Simmons). 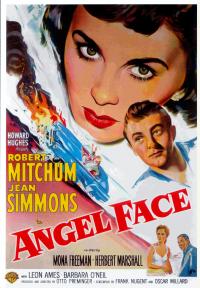 Romance is the order of the day here with this classic love story. A chance meeting in a railway station brings together two married people. They fall in love, but their secret happiness is marred by the furtive way they must carry on the affair. Celia Johnson and Trevor Howard star in this classic of British cinema. 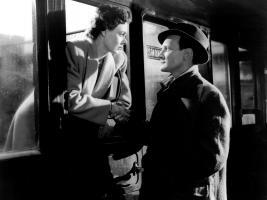 Nebraska. Infuriatingly determined Tracy (Reese Witherspoon) is sure to be her high school student council’s president until teacher Jim McAllister (Matthew Broderick) interferes, and the contest quickly gets messy, along with Jim’s private life. Scathing comedy from Alexander Payne, the writer and director of Sideways and The Descendants. 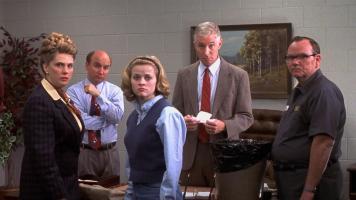 Early RKO Technicolor swashbuckling adventure. A Spanish governor ruthlessly orders a shipwrecked crew of Dutch sailors to be enslaved and their captain hanged. With the help of a smitten contessa (Maureen O’Hara) and with typical courage, captain Laurent Van Horn (Paul Henreid) and his crew escape and set out to wreak a fitting revenge on the villainous Don Alvarado (Walter Slezak). 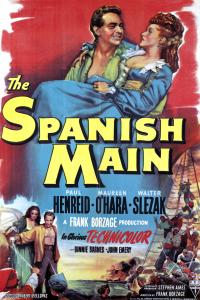 Swashbuckling adventure set on the high seas in the 17th century, when the Spanish Main was plagued with piracy. The English monarch, enraged by the infamous buccaneer Blackbeard’s interference with legitimate commerce, dispatches Sir Henry Morgan to confront the pirate and his crew of cut-throats. But having kidnapped Sir Henry’s bride, Blackbeard now holds a worthwhile hostage. Raoul Walsh (White Heat, The Roaring Twenties) directs. 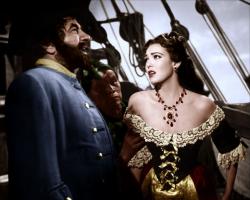 Adaptation of Rodgers and Hammerstein's smash-hit musical set in the wartime tropics, telling the story of two love affairs in parallel. An American nurse falls in love with a local widowed planter who is many years her senior, has children of his own and is very set in his ways. Meanwhile, a young Marine falls for a local native girl. Including hit songs Happy Talk, This Nearly Was Mine and Some Enchanted Evening. 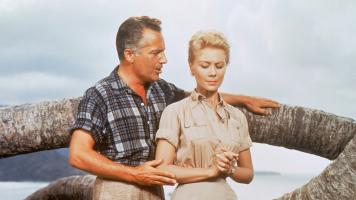 A young couple’s joy at moving into their own new home turns sour as sinister disturbances interrupt their sleep. A camcorder documents their increasingly distressing experience. A smash hit spawning a bunch of sequels, but the original still packs a spooky punch. 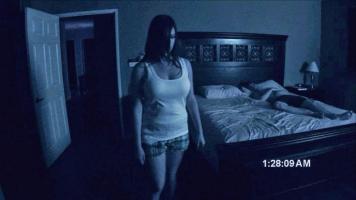 Celine Sciamma’s follow up to her debut Water Lillies is this brilliant filmed coming of age tale. Tomboy is a masterclass in ambiguity and tenderness. It’s not often that gender identity is tackled with such delicacy and insight, almost making us forget about the politics in it. 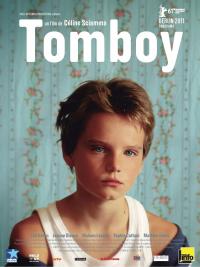 Portraiture is central to French-born, New York-based artist Marie Losier’s work. In Cassandro, Losier captures body and soul of the queer luchador with unmitigated warmth and empathy, gorgeously echoing the flamboyance and resilience of her subject with the beguiling physicality of her 16mm images. 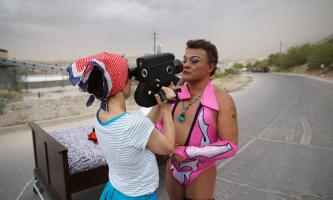 Luminary Pedro Costa’s unique, collaborative style of portraiture reaches a magnificent peak in Vitalina Varela. Amongst haunting chiaroscuro compositions, her real-life stories of love, migration, and deceit take the form of bewitching incantations—and earned her the Best Actress award in Locarno! A film that QUAD was due to show in March but due to lockdown we missed out on that opportunity. 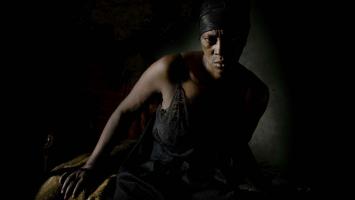 In Brian DePalma - The New Hollywood maestro’s work is always ripe for reevaluation, from his celebrated films to the sorely maligned. This feverish, Hitchcockian corporate hall of mirrors, packed with intoxicating rivalry and eroticism, has proven to be one of the latter—and yet is as masterful as anything he’s done. 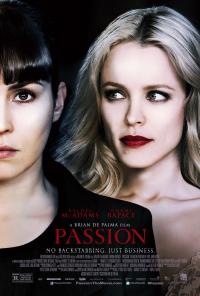 The first of John Ford's cavalry trilogy, in which a commanding officer, bitter at his demotion after the Civil War, takes his resentment out on the men of Fort Apache, a remote outpost in the Arizona desert. He is determined to tighten up discipline but eventually shows his ignorance of American Indian behaviour when he leads his troops into a deadly confrontation. John Wayne and Henry Ford star. 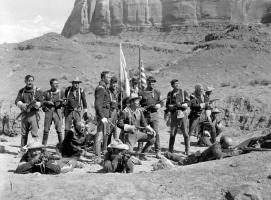 In the second in John Ford's cavalry trilogy, a US cavalry officer (John Wayne) suffers a setback on his last mission and is 'retired' before he can take further action. To avert a full-scale war, he decides to act alone. 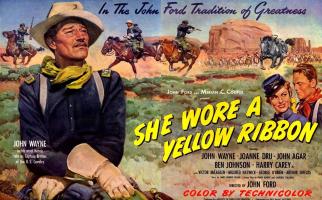 On the rugged trail west in the days of the Gold Rush, hard-fighting, hard-drinking, happy-go-lucky Ben Rumson (Lee Marvin) meets and joins forces with the quiet-living Pardner (Clint Eastwood). However, their friendship is tested when Pardner falls in love with Elizabeth (Jean Seberg), the wife Ben has recently acquired at auction. Musical western with songs including Wanderin' Star, I Talk to the Trees and They Call The Wind Maria. 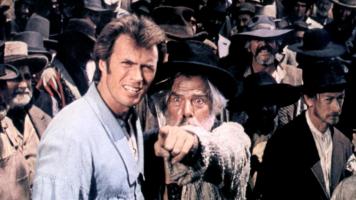 Moving comedy drama based on Willy Russell's hit stage play about a hairdresser (Julie Walters) who dreams of rising above her drab urban existence through the power of education. For better or worse, she chooses drunken lecturer Frank Bryant (Michael Caine) as her tutor. Walters gained an Oscar nomination for her film debut. 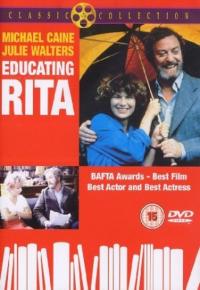 Two films celebrating birthdays this year are John Carpenter's Escape films, with the seminal Escape From New York celebrating its 40th Birthday while its much-maligned offspring 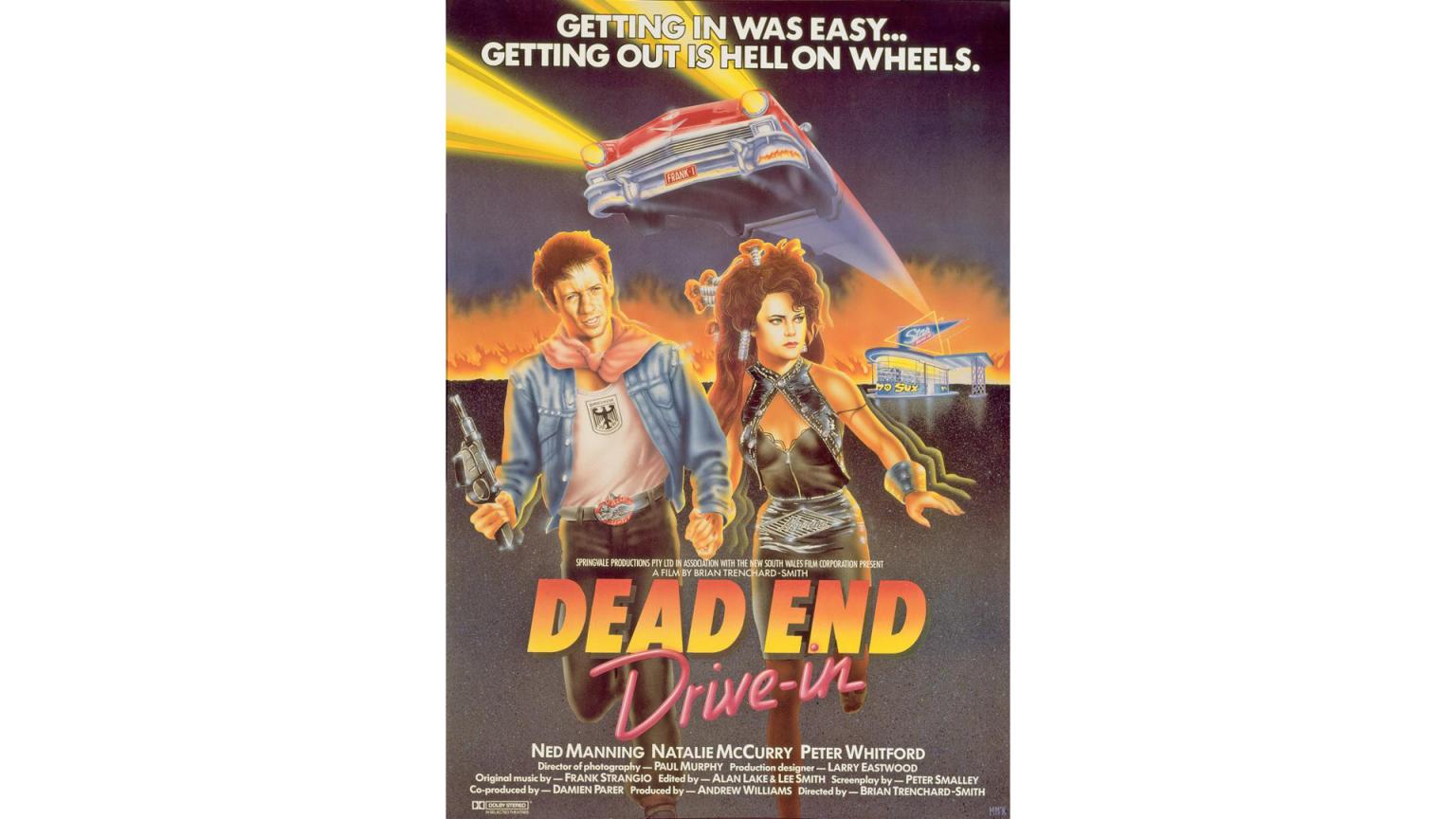 Welcome to the latest 7 day cinema diet – packed full of all the cinematic nutrients that a cine-file needs.

In this second podcast to tie in with our Reforming The Image: Black Representation On Screen season Fil 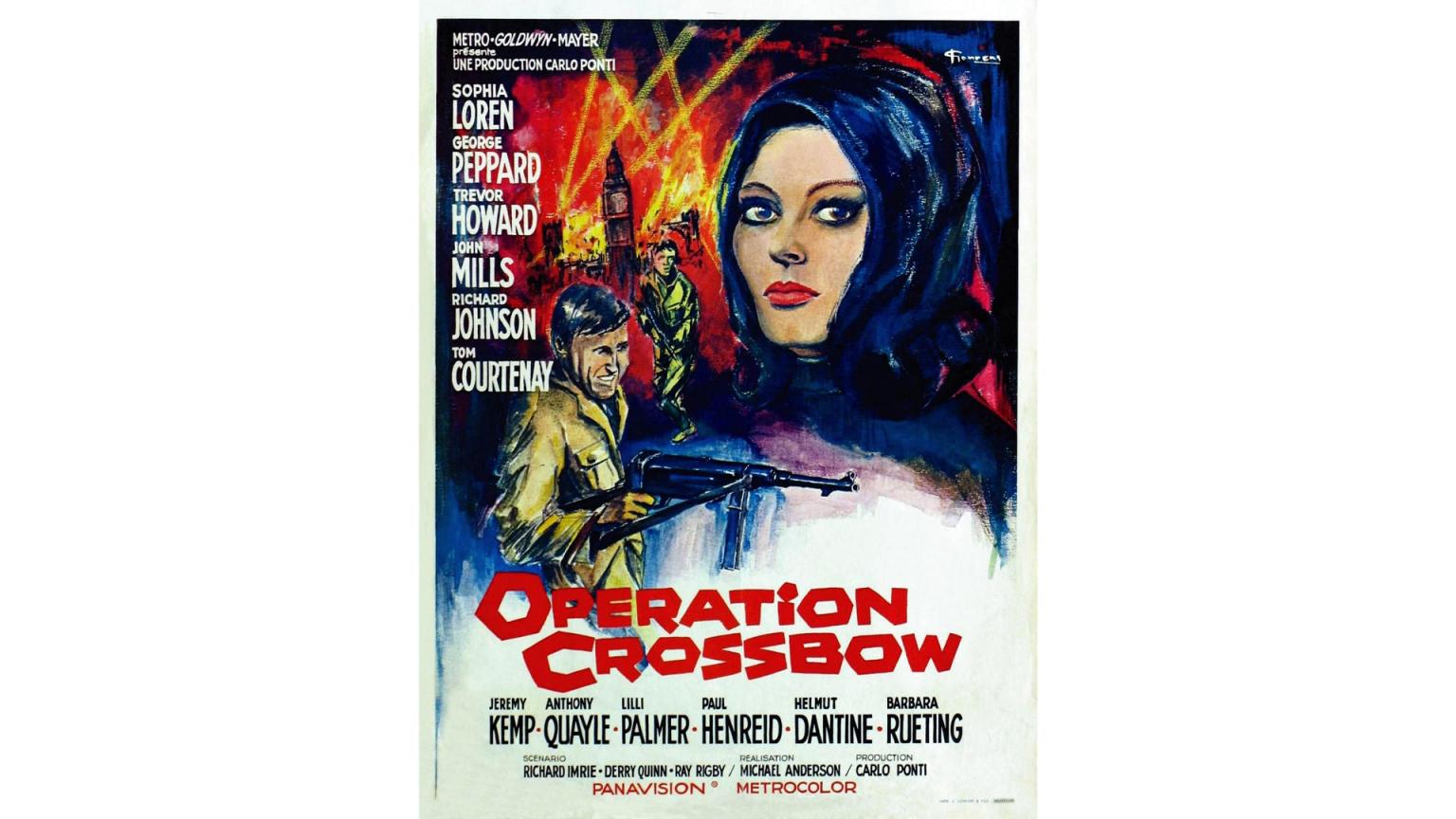 The All New Cinema Diet #18