QUAD will be hosting the 29th UK French Film Festival in November and December 2021, which takes place from 23rd November to 9th December. The festival includes ten brand new French films which will all be screened in French with English subtitles.

Deception is adapted from Philip Roth’s 1980 novel and directed by Arnaud Desplechin. It stars Denis Podalydès as a writer whose life is captured through his snatched conversations with the women in his past and present, played by Léa Seydoux, Emmanuelle Devos and Anouk Grinberg in a powerful, haunting story of loyalty, love and deceit. Deception (Tromperie, certificate 15) screens at QUAD on Tuesday 23rd November at 7:55pm.

The Divide stars Valeria Bruni-Tedeschi and Marina Foïs as Raf and Julie, a couple on the verge of breaking up. They find themselves in an emergency ward bordering on collapse on the evening of a Parisian yellow vest protest. Their encounter with Yann (Pio Marmaï), an angry and injured demonstrator, will shatter each person’s certainties and prejudices. Outside, the tension escalates, and the hospital, under pressure, must close its doors. Catherine Corsini directs at breakneck pace while mixing devastating humour with emotion that underpins where it hurts. The Divide (La Fracture, certificate 15) screens at QUAD on Thursday 25th November at 7:30pm.

Promises by Thomas Kruithof dives into the world of top down politics and political power games ahead of local mayoral elections in a tough Parisian suburb. Starring Isabelle Huppert and Reda Kateb, it exposes the unavoidable Machiavellian clash between personal ambition and campaign promises.  Promises (Les Promesses, certificate 15) screens at QUAD on Monday 29th November at 6pm.

OSS 117 – From Africa With Love is the third chapter of the satirical adventures of Hubert Bonisseur de La Bath aka secret agent OSS 117 . Jean Dujardin suavely leads the cast as Hubert and is joined by Pierre Niney and Fatou N’Diaye, the film is directed by Nicolas Bedos (La Belle époque). The action kicks off as Hubert is being held prisoner by the Soviets in Afghanistan in 1981 but he makes a daring escape involving taunting a Russian baddie, pulling the pin on a grenade and leaping aboard a helicopter in flight. OSS 117 exudes confidence and might just be the luckiest idiot alive - the subtext is critical of France’s ostensibly well-meaning but ultimately exploitative and disastrous policies in Africa. OSS 117 – From Africa With Love (OSS 117 Alerte Rouge En Afrique Noire, certificate 12A) screens at QUAD on Friday 3rd December at 7:45pm.

A Radiant Girl is directed by Actress Sandrine Kiberlain in a drama about an aspiring French-Jewish actress living in Paris in 1942, during the early days of the Nazi occupation. Irene is a young, bubbly, 19-year-old Jewish girl. Her family watches her discover the world, friends, new love and a passion for the theatre. The aspiring actress is living her youthful life without a care in the world, but she does not know that time may be running out. Kiberlain wrote the screenplay and Comédie Française actress Rebecca Marder leads the cast. A Radiant Girl (Une Jeune Fille Qui Va Bien, certificate 12A) screens at QUAD on Saturday 4th December at 5:30pm.

The Sleeping Car Murders is adapted from a novel by Sebastien Japrisot and is a humourous, visually punchy take on the murder-mystery. Six people share a sleeping compartment on a Paris-bound train. After they arrive, one of them is found strangled, and before long, the killer starts bumping off the remaining passengers. Yves Montand is superb as a harried police inspector coming down with the flu, who doggedly follows up every lead. Red herrings abound and the twists and thrills are masterfully executed with a dream cast including the late, great Michel Piccoli. The Sleeping Car Murders (Compartiment Tueur, certificate 15) screens at QUAD on Monday 6th December at 3:30pm & Tuesday 7th December at 6.20pm.

Josep is directed by French illustrator Aurel and investigates the life of the Catalan republican cartoonist and exile Josep Bartolí, who was detained by the Gestapo and sent to various concentration camps after crossing the border into France to flee the Spanish Civil War. Told through the memories of a dying elderly gendarme who encountered him in the French concentration camp, it follows Bartolí’s arrival in Mexico after jumping from a train transporting him to another camp, where he met Frida Kahlo and Diego Rivera, before living and working in the United States. With the voices of Sergi López and Sílvia Pérez Cruz, it won prizes at the Tokyo Anime Awards, Anima and the European Film Awards. It was also the recipient of the best animated film César and was part of the Cannes official selection last year. Josep (certificate 12A) screens at QUAD on Monday 6th December at 7:30pm & Tuesday 7th December at 3:45pm.

Between Two Worlds stars Juliette Binoche as an author who, inspired by George Orwell’s The Road to Wigan Pier, goes undercover as a cleaning lady in a northern French port to research a book on job insecurity and social precariousness. It is the second fiction feature for screenwriter Carrère after The Moustache, which premiered in Cannes Directors’ Fortnight in 2005.  The film is based on French journalist Florence Aubenas’ bestselling non-fiction work Le Quai de Ouistreham, which investigates increasing financial insecurity in French society through her experiences in the northern port city of Caen. Between Two Worlds (Le Quai De Ouistreham, certificate 15) screens at QUAD on Wednesday 8th December at 7.25pm.

Delicious is set in 1789 France, prior to the dawn of the Revolution, where gastronomy remains strictly the domain of the aristocrats and the prestige of a noble house is dependent on the quality and reputation of its table. When the talented cook Manceron (Grégory Gadebois) serves an unapproved dish of his own creation, the repercussions are brutal, and he is promptly dismissed. He swears off his passion until the arrival of a mysterious woman (Isabelle Carré) who helps him create France’s very first restaurant. A wildly enjoyable tale of reignited passion, mentorship and revenge… Delicious (Delicieux, certificate 15) screens at QUAD on Thursday 9th December at 7:30pm.

Especially for young people, a family friendly Cine Kids screening of Calamity – The Childhood Of Martha Jane Cannary explores the origins of the legendary American frontierswoman, digging into her childhood and the ways in which she defied the gender conventions of her time, and shows how young Martha Jane Cannary fought against a sexist and male-dominated society to become an iconic frontierswoman in an empowering tale about a strong female hero that all audiences can cheer for. Audience award winner at Annecy Animation Film Festival 2020. Calamity – The Childhood Of Martha Jane Cannary (Calamity - Une Enfance De Martha Jane Cannary, certificate PG) screens at QUAD on Saturday 4th December at 1pm and Sunday 5th December at 1:30pm.

QUAD is Derby’s centre for art and film, a mixed arts venue based on the Market Place. QUAD is the city’s cultural hub with a three-screen cinema, an art gallery showing the best in contemporary visual arts, digital workshop spaces plus an award-winning Café bar. QUAD Opened to the public on 26th September 2008. QUAD has been at the heart of Derby’s cultural scene since it opened and is internationally recognised for providing quality and excellence in the Arts. QUAD delivers an exciting, innovative and diverse programme which is popular with visitors of all ages, with a reputation in Photography, digital innovation & family friendly events. The venue organises Derby Film Festival, FORMAT International Photography Festival and Summer Nights Outdoor Film Festival. QUAD is a partnership between Derby City Council and Arts Council England. QUAD is open daily from 10am please visit:  www.derbyquad.co.uk . http://twitter.com/derbyquad  For further information on this event please contact QUAD’s Marketing & Audience Development Manager Kathy Wilson on 01332 285422 / 07791441941b kathyw@derbyquad.co.uk

As cinemas are currently revisiting the early 90s with Pablo Larrain's Spencer, we thought it would be a good time to take a look at the genre of the Biopic.

QUAD gift vouchers are available from our box office and also can be purchased online at the link at the bottom of this page.

The following vouchers are available: 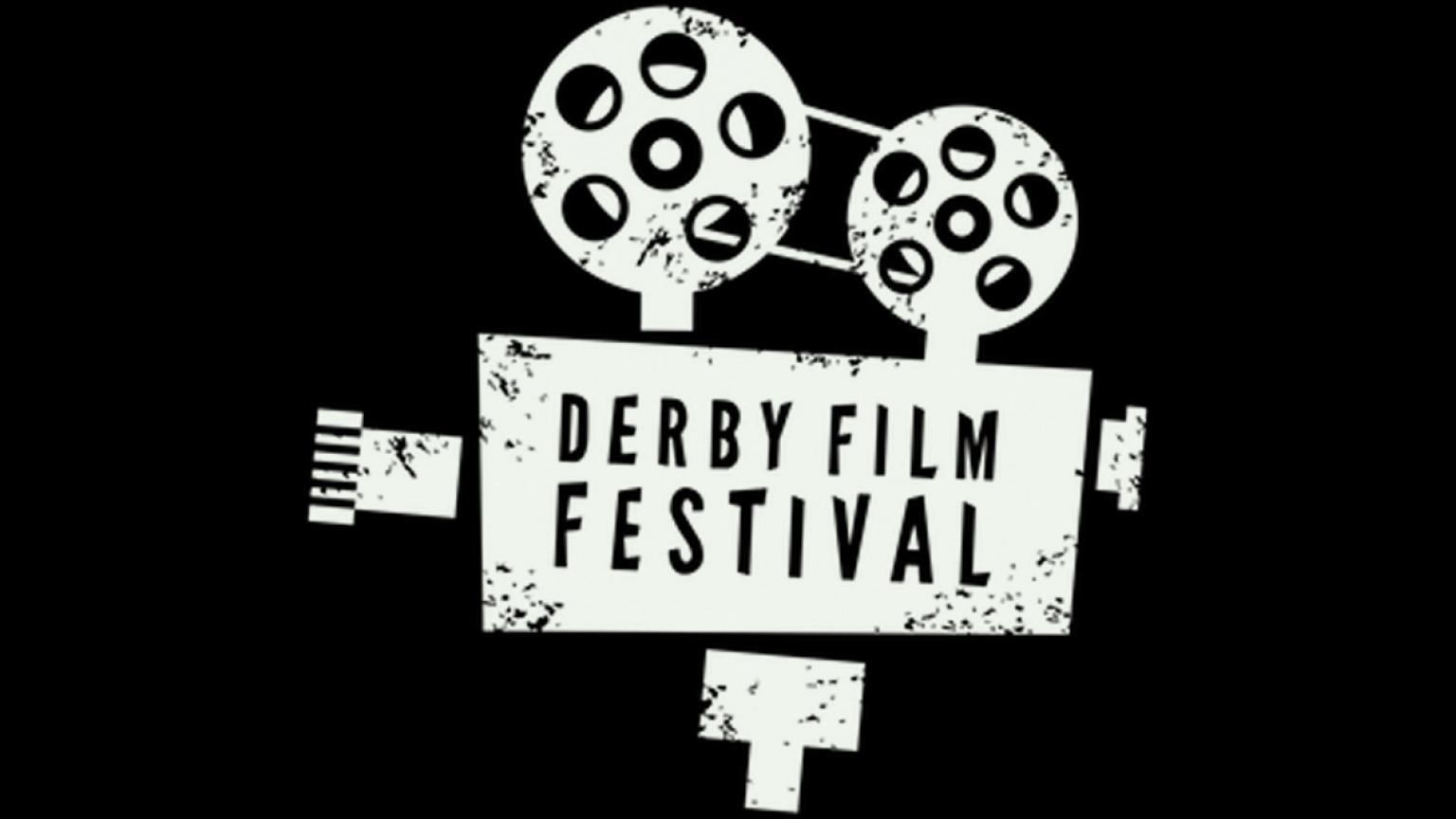 Films and events have been announced for Derby Film Festival 2021, which takes place in QUAD from 18th to 22nd November.

Jump in the back seat as Adam and Darrell slow down long enough to discuss the nitro-fuelled franchise that is Mad Max.