The big one oh. Double digits.

If you’ve stuck to the Cinema Diet for the past ten week then the view must be nice…from your high horse! Okay so maybe I slipped and watched a bunch of Rodney Dangerfield films last week…I’m only human!

Another week of glorious free content via the usual platforms.

Guy Holden (Fred Astaire) comes to the rescue of Mimi, a trapped damsel (Ginger Rogers) in distress in a crowded customs shed. More frustrating encounters follow until Mimi mistakes Guy for a professional correspondent in a Brighton hotel. The second collaboration between Fred and Ginger, and the one that cemented the team.

In the quintessential Astaire and Rogers musical, an American dancer staying at a hotel in London falls in love with the guest staying in the room below. However, she gets her wires crossed, convinces herself that the dancer is already hitched and hotfoots it off to Venice. Classic numbers include Cheek to Cheek and Top Hat. This is Fred and Ginger's fourth pairing, but the first with a screenplay written specifically for them 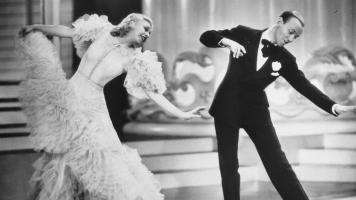 Tired of being lauded as a hero, a World War II pilot (Fred Astaire) on leave in New York pretends to be a civilian for a while. When he falls in love with a magazine photographer (Joan Leslie), he continues to hide his true identity, even though she thinks he is trying to evade serving in the forces. Songs include One for My Baby.

Kitty (Ginger Rogers), a young woman from an impoverished background, falls in love with Wyn Strafford (Dennis Morgan), son of a society family. Social pressures prove too much for the relationship and she flees to New York where she is courted by Dr Mark Eisen (James Craig). When Wyn asks her to marry him, she has no hesitation in accepting, but has she made the right choice?

A vivid adaptation of Charles Dickens's classic novel from master director David Lean. The simple life of a poor orphan Pip (John Mills) is forever altered after a chance encounter with a fearsome criminal and the intervention of a mysterious benefactor. In line with the wishes of the wealthy stranger, the boy is taken to London where he is introduced to a higher class of society and transformed into a gentleman. Despite his new riches however, he is unable to win over the object of his affections - a beautiful but spoilt young woman he has known since childhood. Lean's vivid version of the tale won Academy Awards for cinematography and art direction. With Valerie Hobson, Jean Simmons and Alec Guinness. 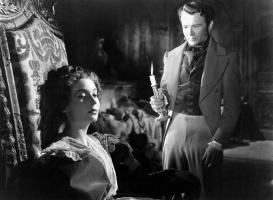 Dramatisation of one of history's most unusual love stories. Queen Victoria (Judi Dench) is grieving over her husband's death and finds herself unable to carry out public duties. John Brown (Billy Connelly) is summoned from Balmoral to walk the Queen's pony in the hope that she will start to become herself again. The confident Highlander displays a distinct lack of respect for court protocol and quickly becomes the Queen's most trusted companion.

Belfast punk impresario Terri Hooley (Richard Dormer) becomes the unlikely leader of a motley band of kids and punks (including The Undertones), who join him in his mission to bring his city back to life. Bringing punk and reggae music to Belfast at the height of the Troubles. 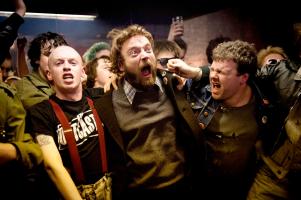 George Clooney steps behind the camera for this pitch black comedy. Set in 1959, the Lodge family’s apparently idyllic town seethes with small-mindedness and worse, while a cruel home invasion has crushing consequences for young Nicky. Featuring Matt Damon, Julianne Moore and Oscar Isaac from a script by the Coen Brothers.

Entertaining comedy in which a young professor (James Stewart) impulsively marries a wild New York nightclub singer (Ginger Rogers) but begins to regret the decision when he returns to his small-town home to face another kind of music - the reaction of his conservative parents.

The action of a heated moment, when she lashes out in frustrated rage, is a turning point in the life of actress Valerie Stanton (Rosalind Russell). She always wanted to play tragedy - but never meant it to be her own. Film noir co-starring Leo Glenn and Sydney Greenstreet.

Drama about the Boston Globe's unearthing of a massive paedophilia scandal within the Massachusetts Catholic Archdiocese. Multiple Oscar nominated film with winners with awards for Best Film and Best Screenplay plus noms in Directing and both Supporting roles categories. A modern masterpiece. 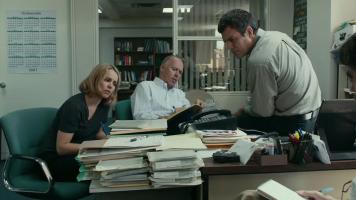 Following Lance Armstrong's journey to the top of world cycling having overcome cancer, a feat that captivated the world, and his dramatic fall from grace when he was exposed as a serial drugs cheat in a sport that had become rife with corruption. Based on the accounts of journalist David Walsh, the person who devoted his career to exposing the truth. With Ben Foster as Armstrong.

BAFTA-winning comedy-drama with Om Puri, Linda Bassett and Jimi Mistry, which takes a wry look at a Pakistani chip shop owner's efforts to raise his kids amid cultural tensions in 1970s Salford. Funny and insightful comedy from Damien O’Donnell from Ayub Khan-Din’s play. 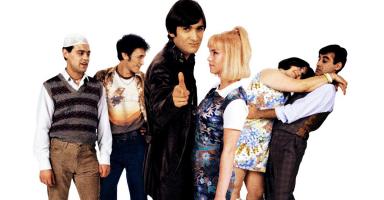 Danny Boyle's multi-Oscar-winning drama. A lowly tea-seller (Dev Patel) is about to win a vast fortune on an Indian TV game show when he's accused of cheating and arrested. Can he prove his innocence? With Frieda Pinto and the late, great Irrfan Khan.

Neil Jordan drama starring Bob Hoskins and Cathy Tyson. An ex-con (Hoskins) is hired to guard a troubled high-class prostitute (Tyson). But soon both of them are in danger. With Michael Caine and Robbie Coltrane.

Asif Kapadia's BAFTA-winning drama set in ancient India. Probably best known now for his series of incredible documentaries (Senna, Amy and Diego Maradona), Kapadia made his debut with this brilliant drama. Sick of killing for his master, a warrior (Irrfan Khan) seeks peace in the Himalayas. But he pays a terrible price for his defiance. In Hindi/subs.

Violent offbeat western starring Kodi Smit-McPhee and Michael Fassbender. In 1870, a Scottish teenager travels to the US on the trail of his true love. With Caren Pistorius. Feature debut from John Maclean of the music band The Beta Band.

A Pigeon Sat On A Branch Reflecting On Existence (2014)

Master of the droll, melancholic and surreal comedy Roy Andersson here tells the story of the exploits of two travelling salesmen trying to sell novelty goods. And the pigeon is reflecting on existence. In Swedish/subs. 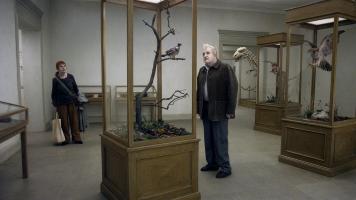 Andrei Tarkovsky's BAFTA-winning drama about a family celebration cut short by the announcement of a nuclear war. With Erland Josephson, Susan Fleetwood and Allan Edwall. In Swedish/subs.

Joe Cornish's sci-fi horror-comedy starring John Boyega (Star Wars: The Force Awakens). Aggressive aliens unwisely pick a tough London housing estate as the beachhead for their invasion. But the locals are no pushovers...

A moving, impressionistic documentary about how singer Edwyn Collins and his wife Grace Maxwell put his life back together after he suffered two debilitating cerebral haemorrhages.

Documentary. German director Margarethe von Trotta's exploration of Swedish filmmaker Ingmar Bergman's life, work and legacy. With contributions from his actors and the directors he influenced. 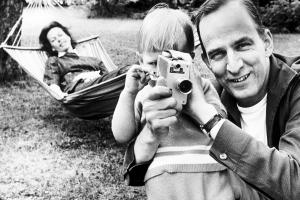 Second World War thriller in which a codebreaker (Dougray Scott) races against time to crack a new German code and solve the mystery surrounding the disappearance of Claire, the woman he loves (Saffron Burrows). He recruit’s Claire’s best friend Hester (Kate Winslet) to help solve the mystery of her disappearance. Michael Apted directs the Tom Stoppard adaptation of the best selling novel by Robert Harris.

The incredibly spoiled and overprivileged students of Camden College are a backdrop for an unusual love triangle between a drug dealer, a virgin and a bisexual classmate. Written and directed by Roger Avary (Killing Zoe, Pulp Fiction) from a novel by Bret Easton Ellis (American Psycho).

A woman on the run from the mob is reluctantly accepted in a small Colorado town. In exchange, she agrees to work for them. As a search visits the town, she finds out that their support has a price. Lars Von Trier directs Nicole Kidman, Harriet Andersson, Lauren Bacall, Paul Bettany, James Caan, and Patricia Clarkson. 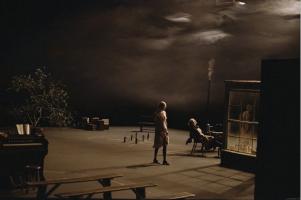 Anton Felix Schindler's (Jeroen Krabbe) life takes a strange turn after the death of his friend, Beethoven (Gary Oldman). In his will Beethoven has left all his worldly goods to his 'Immortal Beloved' and Schindlery. Bernard Rose (Of Gods And Monsters) directs with Miriam Margolyes, Isabella Rossellini and Valeria Golino co-starring.