This week we’ve delved into the streaming pots of BBC iPlayer, All4, My5, MUBI and Amazon Prime to bring to you a smorgasbord of films to keep you entertain, educated, enthralled and enraptured.

How To Lose Friends And Alienate People (2007)

Not a great film but notable for being the first big release screened at QUAD in 2008. Simon Pegg stars as a British journalist whose ambition to become one of America’s top magazine writers is challenged by a series of encounters. Pegg stars alongside Kirsten Dunst, Gillian Anderson and Danny Huston. 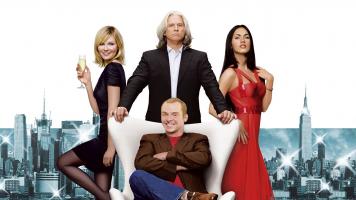 This French thriller sees Francois Cluzet (The Intouchables) as the unemployed alcoholic Duval who is contacted by a mysterious organisation to transcribe intercepted calls. He suspected little but is soon up to his eyes in political conspiracies. 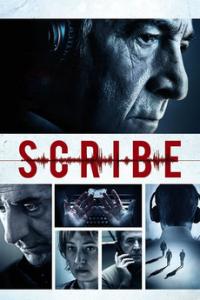 Two outcast brothers (David Dencik and Mads Mikkelsen), through getting to know their unknown family, discover a horrible truth about themselves and their relatives. Slightly bonkers Danish comedy drama. 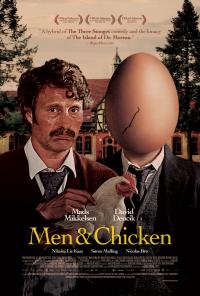 Michael Fassbinder and Carey Mulligan star in Oscar-winning director Steve McQueen’s disturbing drama about a sex-addicted New York executive. A remarkable film that built on the reputation gained by McQueen’s excellent 2008 drama Hunger and set him on the path to Oscar recognition with 12 Years A Slave.

The remarkable true story of Miss Shepherd, an eccentric woman of uncertain origins, who ‘temporarily’ parked her broken-down van in writer Alan Bennett’s London driveway for 15 years. 1970s Camden Town. When Bennett offers the outspoken and unconventional Miss Shepherd space on his drive for her van, it begins a bizarre arrangement that he feels guilty about later exploiting in print. A smash hit at QUAD on release and still one of the most popular films ever shown on QUAD screens. 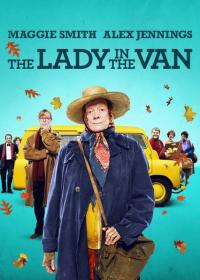 When Bella Brown (Jessica Brown Findlay), a reclusive young woman, is threatened with eviction unless she gives her garden a makeover, she sets to work, watched by her scornful and curmudgeonly next-door neighbour, Alfie (Tom Wilkinson). 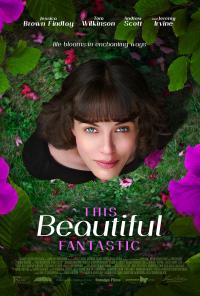 First-time filmmaker Bing Liu’s Oscar nominated documentary is the coming-of-age saga of three skateboarding friends in their Rust Belt hometown, hit hard by decades of recession. In his quest to understand why he and his friends ran away from home as teenagers, Bing tracks 23 year old Zack as he becomes a young dad and 17 year old Kiere as he lands his first job. While navigating a complex relationship between his camera and his friends, Bing explores the gap between fathers and sons. 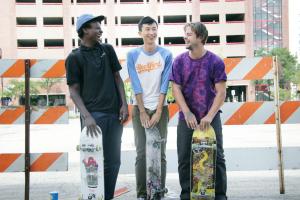 Armed with a restless determination to break boundaries and live life on his own terms, it made him a star but it also made him incredibly difficult to live with! Again and again, in music and life, Miles broke with convention – and when he thought his work came to represent a new convention, he changed it again. Miles’ bold disregard for tradition, his clarity of vision, his relentless drive and constant thirst for new experiences made him an inspiring collaborator to fellow musicians and a cultural icon to generations of listeners. It made him an innovator in music – from bebop to cool jazz, modern quintets, orchestral music, jazz fusion, rock ‘n’ roll and even hip hop. Featuring never-before-seen archival footage, studio outtakes and rare photos, this film tells the story of a truly singular talent and unpacks the music and myth of the man behind the horn.

The K-Pop phenomenon is shaking up the pop world and for the first time, there is a serious challenge to the west’s domination of the global music industry. Music journalist James Ballardie travels to South Korea to uncover the secrets behind this worldwide success story and to find out how, in just 20 short years, the music industry in the country came from obscurity to become a major player on the world stage.

This is the David Bowie story you don’t know. The story of how David Robert Jones became David Bowie, how David Bowie became Ziggy Stardust and how Ziggy became immortal, changing the musical landscape as he did so. The story that finally makes sense of one of the greatest icons of the 20th and 21st centuries. Part three of Francis Whately’s Bowie trilogy. 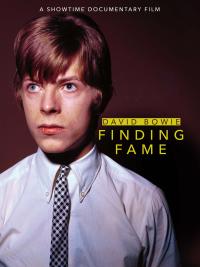 An intimate portrait of five key years in David Bowie’s career. Featuring a wealth of previously unseen archive this film looks at how Bowie continually evolved, from Ziggy Stardust to the soul star of Young Americans and the ‘Thin White Duke’. It explores his regeneration in Berlin with the critically acclaimed album Heroes, his triumph with Scary Monsters and his global success with Let’s Dance. With interviews with all his closest collaborators, this film investigates how Bowie became an icon of our times.

There was nothing predictable about David Bowie. This portrait of one of the defining artists of the 20th and early 21st centuries, told by the people who knew him best – his friends and artistic collaborators. This film takes a detailed look at Bowies last albums, The Next Day and Blackstar, and his play Lazarus. In his final five years, Bowie not only began producing music again, but returned to the core and defining themes of his career. 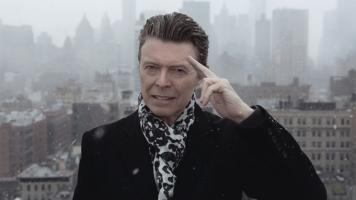 Cory Michael Smith plays a gay man coming home to Texas for Christmas. But his conservative family don’t know that he’s gay or that he’s living with AIDS in this powerful and evocative drama.

In Hollywood history, too few women have gotten their chance in the director’s chair. But in any hall of fame, there’s actress-turned-director Ida Lupino, whose independently produced Hitch-Hiker is one of the era’s most shocking renegade thriller. Ray and Gilbert’s fishing trip takes a terrifying turn when the hitch-hiker they pick up turns out to be a sociopath on the run from the law. The man’s physical affliction, an eye that never closes even when he sleeps, makes it impossible for the two friends to plot an escape. 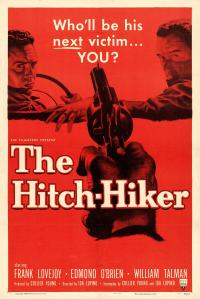 Another masterpiece in 1953 from Ida Lupino, here both starring and directing this suspenseful drama. San Francisco businessman Harry Graham and his wife and business partner, Eve, are in the process of adopting a child. When private investigator Jordan uncovers the fact that Graham has another wife, Phyllis, and a small child in Los Angeles, he confesses everything.

Karl is the leader of a police SWAT team. During a raid on a mafia stronghold, one suspect escapes. He recognises the fleeing man as his former colleague Heinz, who was said to have committed suicide years earlier. The search for this ‘ghost’ turns into a dangerous game for Karl and his crew. This gripping police saga had a troubled production, but in a restored director’s cut its brave vision of crime, corruption and violence is genuinely epic. 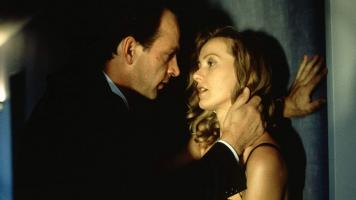 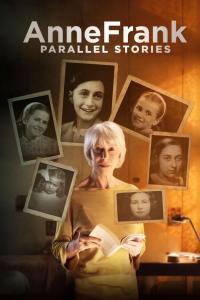 First transmitted in 1960, this film was written and directed by Ken Russell for the BBC. It follows the bohemian lifestyles of the tenants of an old London house in Bayswater and its housekeeper, Mrs Collings. The blend of documentary style filming, colourful anecdotes and stylised sequences produces a highly evocative and entertaining film as well as an early example of Ken Russell’s distinctive approach to film making.

Ground-breaking independent film by Director Spike Jonze and screenwriter Charlie Kaufman. John Cusack stars as a puppeteer Craig Schwartz, who along with his pet store clerk wife Lotte (Cameron Diaz) discovers a portal that leads directly into movie John Malkovich’s head. So they do what anyone would do… sell excursions into the mind of Malkovich. 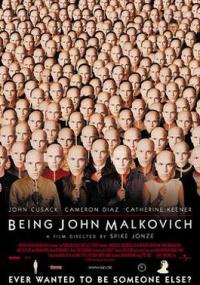 When a criminal, who is a genius at supercharging cars, is captured he is given a chance at redemption by working with the police to supercharge their units. When he is accused of a crime that he didn’t commit, he goes on the lam caught between corrupt cops and dangerous gangsters. A pulse pounding French action thriller packed with thrilling fight sequences and amazing car stunts. A new French action star has been born in Alban Lenoir.

In Tragedy, artist and film-maker Lynne Marsh turns her camera on the stage managers, technicians, dressers and performers backstage at Opera North’s production of Verdi’s La Traviata, uncovering a fascinating parallel narrative that unfolds in the ‘real time’ of the opera. The mechanics that create the staged event are laid bare as operatic tradition comes into contact with the reality of backstage work. 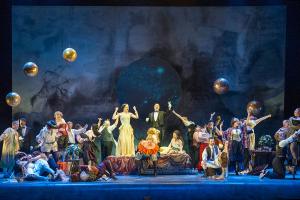 The legendary vampire’s insatiable thirst for blood knows no bounds. Until he encounters Mina. Bram Stoker’s gothic romance is brought to life on stage in this gripping ballet, performed by the exceptional dancers of Northern Ballet to music by Schnittke, Rachmaninov, Pärt and Daugherty. 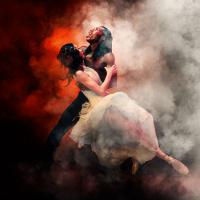 Mark Kermode revisits his 1998 cult documentary on The Exorcist. In this extended version never before seen on TV, Kermode traces the extraordinary history of The Exorcist, the novel by William Peter Blatty that William Friedkin turned into a popular and controversial film. He examines the aura of mystery that still surrounds the film, the making of which claimed several lives. Alongside extracts and outtakes from the movie, there are interviews with Blatty, Friedkin, and actors Ellen Burstyn, Max Von Sydow, Linda Blair and James Ferman, director of the British Board Of Film Classification in 1998.

Fear Itself takes viewers on a journey through fear and cinema, and asks whether horror movies know us better than we know ourselves. Encouraging viewers to interrogate a diverse range of images and sounds sampled from 100 years of cinema, Fear Itself informs and unnerves in equal measure, changing the way you watch horror movies for good.

Hands down one of the best films of the 1980s if not of all time. Teenager Marty McFly (Michael J Fox) finds himself, thanks to his inventor friend ‘Doc Brown (Christopher Lloyd), catapulted back in time to 1955. Stranded in the past with a busted time machine, he must reunite his parents and get back to the future. 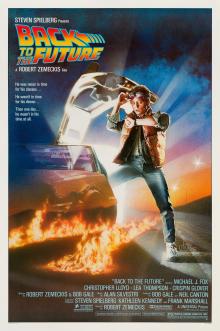 This time it’s your Kids!! Doc Brown returns to Marty’s life and drags him to the future and the past in an attempt to save Marty’s children from disaster. With a vision of the future, and a horrific alternative reality of 1985, Part II ups the ante of time travel fun.

We’re back in Deloreon for another trip through time. This time it’s the Old West for this final part of the Back To The Future trilogy as Marty goes back to 1885 to rescue Doc Brown and bring him back to the future. But, Mad Dog Tannen (Thomas F. Wilson) has Doc in his crosshairs and love has caught Doc in it’s web in the form of schoolteacher Clara Clayton (Mary Steenburgen). 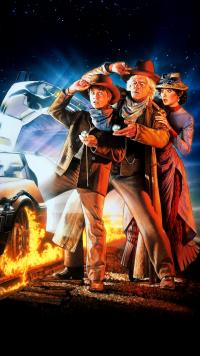 One of the greatest action movies of all time! George Miller (Mad Max, Babe) returns to his original hero for another lap and what a lap it is! In a post-apocalyptic, Furiosa (Charlize Theron) rebels against a tyrannical ruler in search of her homeland with the aid of a group of female prisoners, a psychotic worshiper (Nicholas Hoult) and a drifter called Max (Tom Hardy). Oh what a day… what a lovely day! 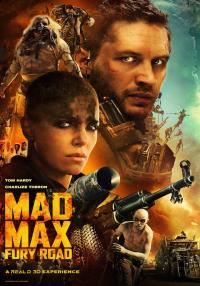