Derby Film Festival returns for five days of fantastic new films, talks and more from 19th to 23rd November. This year marks the seventh edition and takes the festival on a new direction with the launch of the brand-new QUAD player enabling all screenings to be viewed online. Derby Film Festival also welcomes its sister festival Paracinema, bringing a double punch of great cinema to homes in November. 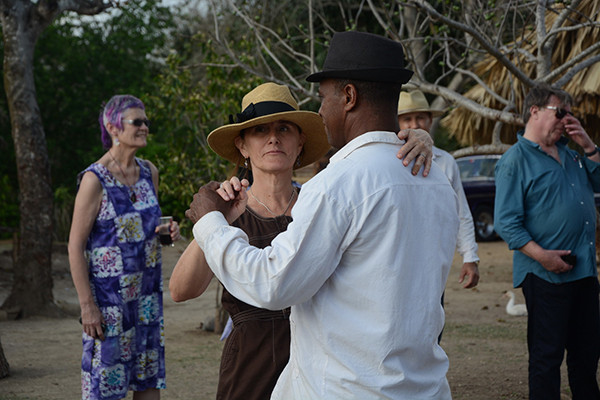 Paracinema Film Festival features some of the most eclectic new genre cinema, including two new Acid Westerns (from Columbia and Kidderminster); a retro cop spoof; plus an interesting take on found footage in VHyes and their own collection of eclectic shorts.

Short filmmaking is celebrated with over 50 new short films showing as part of curated programmes. DFF Genre Shorts incorporates deals with the Devil, digital utopias, passionate musicians, Scottish babysitters, desperate criminals, gay corpses, crazy bird ladies and imaginary best friends. DFF Documentary Shorts Programme from inspirational women of colour, acrobats, celebrated authors, a café in Yorkshire, dance, breast cancer and the rise of CB radio in 1970s UK. Caribbean Calling, is a showcase of new and recent shorts from the region reflecting the recent blossoming of Caribbean filmmaking, but these films remain mostly unseen in the UK, this offers a valuable, nuanced understanding of the region and its diaspora.

Adam J Marsh, Derby Film Festival / Paracinema Director said “We’re excited to launch our QUAD Player this year, while people are unable to visit us at QUAD in person. We had been planning this additional streaming element with it being an international festival. We hope to enable a new audience to take advantage of this viewing experience and sample our 2020 festival selection, showcasing the sheer breadth of fantastic new filmmaking talent out there”

All film screenings cost £5.00 to view. For more information and to view the programme, see: https://derbyfilmfestival.co.uk/ and www.paracinema.co.uk Are you 16-19 and passionate about film and perhaps looking for a career in the Film or Creative industry?

One Man And His Shoes (15) available to stream this weekend

As we head back into lockdown trips to the cinema are no longer possible but QUAD is still working to bring you exciting new films.

The Cine-Lit team take a look at the filmmaking career of Steve McQueen, tracing the line from his art career and winning the Turner Prize, through to his film-making debut with the IRA Hunger Stri