With the date of the 91st Oscars ceremony drawing near, it’s important to recognise the impact that such prestigious awards have on our beloved filmmakers and actors. Or we could look at how even Hollywood’s most glamorous night has its fair share of shocks and surprises. Here are five unbelievable Oscar moments.

As evident in hours of failed News footage, reading from an auto queue is not as easy as you may think. Check out this clip of John Travolta introducing Idina Menzel to perform Frozen’s “Let It Go” and see if you can spot his little slip-up:

That’s right, John Travolta just announced the year’s most famous singer as “Adele Dazeem” – which we would like to re-iterate doesn’t sound anything even close to Idina Menzel. Although his ham-fisted pun was definitely not lost on us, “the wicked-ly talented” in reference to her role as Elphaba in the 2003 musical Wicked, Travolta has since spoken out on the incident.

Thankfully, Idina Menzel took the whole thing well and gave Travolta a hug backstage after her Oscar winning performance. Although the Pulp Fiction star continued kicking himself for the broadcasted slip-up, Frozen went on to win both “Best Animated Feature” and “Best Original Song”. After the event, Travolta ensured the focus was on the achievement and had this to say:

“Idina is incredibly talented and I am so happy Frozen took home two Oscars Sunday night!”

Known for his experimental stand-up routines revolving around black culture and his own experiences as a black American, Chris Rock isn’t exactly the safest choice to host a publicly known whitewashed Hollywood event. Tackling the issue head on without fear of the imminent backlash, Rock opened the ceremony on the lack of black opportunities and recognition by the academy.

Calling the Oscars the “white people’s choice awards” in his opening statement, famous faces in the crowd knew exactly what would proceed. About halfway through his opening, Rock went on to differentiate the ways in which Hollywood is racist.

“Hollywood is sorority racist. “We like you Ronda, but you’re not a Kappa.”” - Kevin Hart

Despite that, the 88th ceremony host had some positives to say, claiming that “things are changing”. Reeling the somewhat uncomfortable audience back in with some jokes about the then upcoming Creed calling it “black Rocky”, Rock got his message across and kept his audience laughing in the end. Not before bringing out the Kevin Hart material, of course. Although his appearance was debatably surprising, Rock simply stated that he didn’t want to lose another job to Kevin Hart. Now, this hasn’t exactly aged well as Hart turned down the role as the 91st host for homophobic tweets. Hart has since apologised for the tweets and this year’s Oscars is set to be host-less.

Arguably, the most memorable and rewatchable moments of any Oscars ceremony are the speeches given by rightful winners and emotional actors. Just a few minutes for passion projects that span years of hard work to thank the world to an audience reaching six-digit figures. So when the announcer of Best Picture almost gave the award to La La Land instead of Moonlight, you better believe that is going to be the most memorable moment of the 2017 ceremony.

Since the event, the announcer of the award, Warren Beatty, has become somewhat of a scapegoat for the disastrous mistake. Having read out the wrong title, viewers saw no issue in blaming the whole scene on this one person. However, defence came to the actor from PricewaterhouseCoopers (PwC) claiming that Beatty was given the wrong envelope. Following soon after the error, La La Land producer Jordan Horowitz spoke out and took the mistake in good graces.

“At that point it was not about me, it was about making sure Moonlight got the recognition it really deserves.”, Horowitz told Good Morning America.

Having won 5 Oscars prior and nominated for a total 12, it’s difficult to say that La La Land can be disappointed with its performance at the ceremony.

Christopher Nolan’s The Dark Knight brought audiences a comic book adaptation that is still discussed and adored to this day. It is no surprise that of the three Batman films in Nolan’s trilogy, the one utilising Heath Ledger’s captivating performance as The Joker has become the most renowned and popular.

Following a tragic overdose of prescription medication in January of the year prior, Ledger’s performance as the Joker became the penultimate moment in his career. His last performance is credited as The Imaginarium of Doctor Parnassus in 2009 – nominated for two Oscars itself. His truly gripping performance as the Bat’s arch nemesis remains the most adored rendition of the character by fans across the world.

Ledger’s parents, Kim Ledger and Sally Bell, alongside sister Kate Ledger accepted the award on his behalf – dedicating the Oscar to his then-three-year-old daughter Matilda. An emotional speech kept the audience in respectful silence as they thanked the academy for their recognition of Heath Ledger.

“We’d like to thank the academy for recognising our son’s amazing work.” – Kim Ledger

2016: Leo finally snags himself an Oscar

Since receiving his first Oscar nomination in 1994 for What’s Eating Gilbert Grape, fans have cried out for the academy to recognise Leonardo DiCaprio. After six Oscar nominations spanning over two decades of an extensive filmography, Leo finally struck gold with a Best Actor win for The Revenant.

Audience cheers showed that Leo was the favourite to win and his heartfelt speech (that I’m sure he’s been wanting to say for quite a while now) had them in the palm of his hand. Even walking up to the stage, Leo couldn’t wait to exchange pleasantries with Julianne Moore and finally hold up his Oscar in pride.

Making sure to shout-out the academy and the other impressive nominees for the category, Leo’s two-minute speech brought so much humility to an awards ceremony that markets itself as the most lavish night of the year.

One captivated audience member seen tearing up was Kate Winslet, of course Leonardo’s love interest in the timeless Titanic. Receiving a standing ovation and tremendous social media praise, Winslet seemed to know it would be Leo’s year in a statement made to BBC News months prior:

“I think you can sort of feel it, and I think that everyone wants it for [DiCaprio],” - Kate Winslet

Topping it all off with an environmentalist message to preserve nature and address climate change, Leo’s Oscar win is about as memorable as it gets.

If Beale Street Could Talk (15)

Cinema At Home - View new film Eye Of The Storm

QUAD is delighted to have teamed up with Cosmic Cat Films to bring you brand new film Eye Of The Storm which you can stream in your home, directly supporting us during our lockdown closure 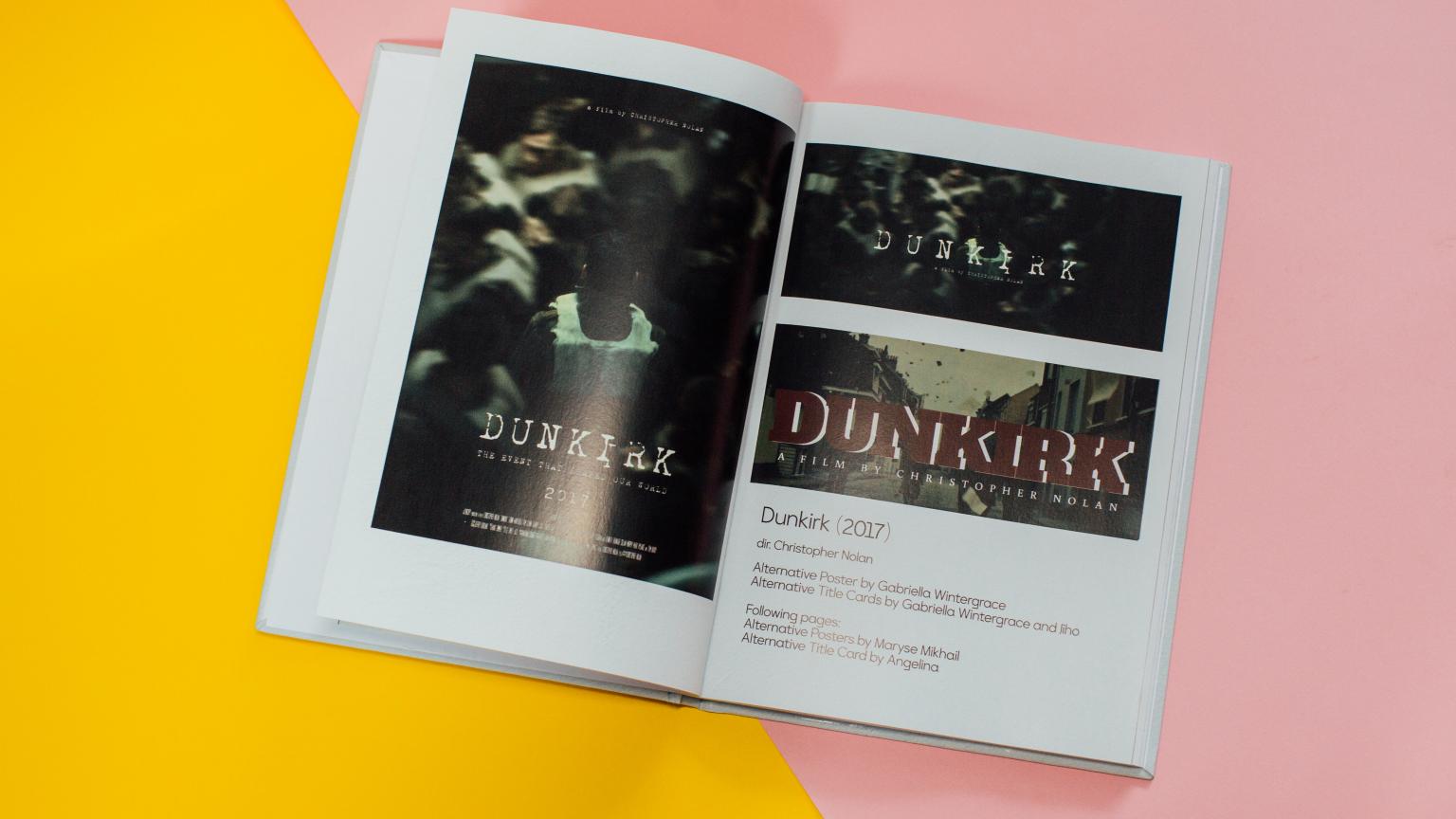 The Alternative Film Poster A-Z book is made up of 150 pages of alternative film posters, arranged alphabetically in a chic looking, stylish coffee table book.

★ Winner of 7 BAFTA Awards ★ Nominated for 10 Oscars Yorgos Lanthimos’s (The Lobster, Killing Of A Sacred Deer) latest and most accessible film is an

If Beale Street Could Talk (15)