We’re taking a break from Amazon Prime's deep well of trash to take a jaunt to the horror streaming platform Shudder. 7 day free trial then if you like it £4.99 per month.

Toshiro, a former special forces operative, now lives a quiet life in the Japanese countryside. Despite his seemingly peaceful existence, Toshiro struggles to contain the destructive impulses that once made him the top soldier in an elite unit of killers. When his former commanding officer, the enigmatic Phantom, comes out of the shadows seeking revenge, Toshire goes on a kill-crazy rampage against a squad of ruthless assassins. 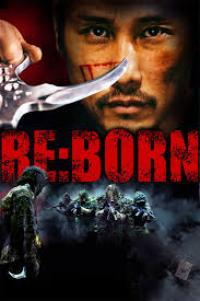 It’s the summer of 1984, the perfect time to be 15 years old and free. But when neighbourhood conspiracy theorist Davey Armstrong begins to suspect his police officer neighbour might be the serial killer all over the news, he and his three best friends begin an investigation that soon turns dangerous. 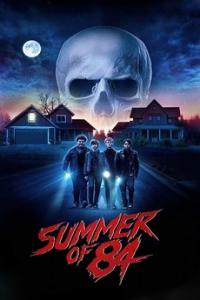 Two Space hunters are tracking down a machine trying to free itself. After taking it down, they witness a mystical phenomenon: the ghost of a young woman pulls itself out of the machine, as if the spaceship had a soul. Trying to understand the nature of this entity, they start chasing the woman through space. Directed by Seth Ickerman with a glorious synthwave score from Carpenter Brut. 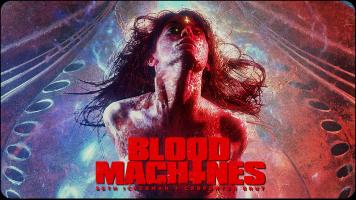 In this twisted horror anthology, five strangers are drawn to an abandoned theatre and forced to watch their deepest and darkest fears play out before them. Lurking in the shadows is the Projectionist, who preys upon their souls with his collection of disturbing films. As each reel spins its sinister tale, the characters find frightening parallels to their own lives. From directors Alejandro Brugues (Juan Of The Dead), Mick Garris (Masters Of Horror, The Stand), Ryuhei Kitamura (Versus, Godzilla: Final Wars), David Slade (30 Days of Night) and Joe Dante (Gremlins, The Howling). 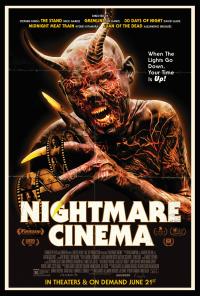 Kylie Bucknell is forced to return to the house she grew up in when the court places her on home detention. Her punishment is made all the more unbearable by the fact she has to live there with her mother Miriam – a well intentioned blabbermouth who’s convinced that the house is haunted. Kylie dismisses Mirams’s superstitions as nothing more than a distraction from a life occupied by boiled veggies and small town gossip. However, when she too becomes privy to unsettling whispers and strange bumps in the night, she begins to wonder whether she’s inherited her overactive imagination, or if the house is in fact possessed. 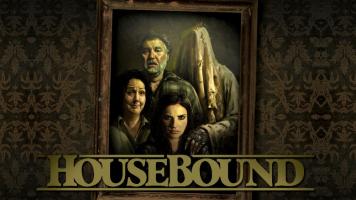 Jesse, a struggling artist, and his young wife Astrid and daughter Zooey buy the house of their dreams after the price is driven down by the property’s mysterious dark past. Their lives begin to unravel when Jesse’s paintings take a satanic turn as he begins to channel the voice of the devil, and then Ray, the deranged son of the former owners, becomes obsessed with Zooey after showing up on their doorstep demanding to return home. Soon it becomes clear that Ray and Jesse are both being influenced by the same dark forces and Jesse’s family isn’t safe from Ray or from the devil himself. 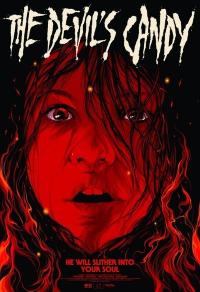 Divorced dad Jose makes a last ditch effort for cash and dignity when he, his kid and a ragtag gang of buffoons rob a pawn shop. On the run with the kid, plenty of gold and a whole lot of gripes against the women in their lives, the men run afoul of a family of witches in rural Spain. A spectacularly wild war of the sexes ensues in madman filmmaker Alex de la Iglesia’s (Day Of The Beast, The Last Circus) witchy, witty horror comedy which premiered in the Midnight Madness section of the Toronto International Film Festival. 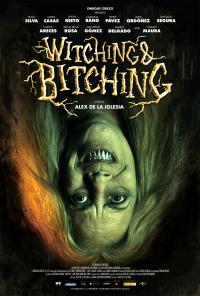 While shooting a low-budget zombie film in an abandoned warehouse, the crew find themselves caught between actual zombies and a mad director who won’t stop rolling. If you think you know what happens next, think again. Filmmaker Shinichiro Ueda turns the film on its head more than once for one of the wildest, funniest and most surprising zombie movies of all time. 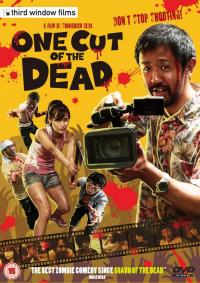 Horror movie audience members turn into bloodthirsty demons in this essential Euro-Horror entry from Lamberto Bava (A Blade In The Dark) and co-writer Dario Argento (Suspiria). When a young woman begins to suffer the same symptoms as the possessed subjects of the film, she attacks the other patrons, turning them into murderous monsters too. Gruesome gore, a killer 80s punk and heavy metal soundtack and the film’s vivid giallo-meets-new-wave look turned Demons into a cult classic, begetting several sequels including Demons 2 and The Church.

A demonic invasion turns a high-rise apartment building into hell on Earth in this scary sequel from director Lamberto Bava and co-writer Dario Argento. At a party, a girl watches a film in which teens awaken a demon. Suddenly, the demon crawls through the TV, possessing her. Soon the building is filled with rabid monsters intent on spreading the demonic virus as far as possible. Though only a slight variation on the first film’s story, Demons 2 ups the ante on the gory FX – including demonic dogs, terrifying toddlers and a blood thirsty baby Beelzebub. 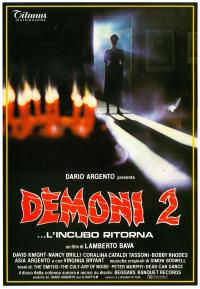 A puzzle box reveals a realm of sadistic monsters led by a being named Pinhead, who tortures the depraved man who unlocks it. Escaping Pinhead’s wrath, what remains of Frank hides out in his attic, until a chance encounter leads him to enlist his brother’s wife Julia, with whom he had a passionate affair, to lure victims home so Frank can feed off their blood. Clive Barker’s essential 80s classic offered audiences weary of slashers a thrilling new alternative: a sexually charged horror fantasy with a villain more terrifying “and goth” than Freddy or Jason. 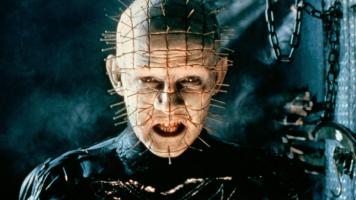 In the sequel to Hellraiser, an occult-obsessed doctor calls forth the Cenobites. After the events of the first film, Kirsty is brought to a psych ward where no on believes her story. No-one, of course, except Dr. Channard, who resurrects Julia so she can take him to the Cenobites. But when the gates open, Kirsty’s also drawn into the labyrinthine hellscape where horrors wait around every turn. Widely regarded as the best of the sequels, Hellbound’s visually-stunning horror fantasy hybrid cemented horror fans ‘love of the series’ and the sadistic Pinhead. 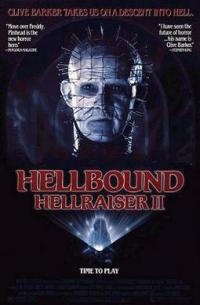