Vampires, Aliens, Desperados and El Mariachis. What a weekend ahead of you. We’ve lined up the Blade Trilogy, the Mariachi Trilogy, and rounded the weekend of with the Razzie award winning, Halle Berry starring Catwoman! How can you resist? Fire up Amazon Prime and away you go!

Wesley Snipes plays the Day Walker, a half mortal, half immortal charged with ridding the earth of a race of vampires led by Stephen Dorff in this adaptation of the Marvel comic book. Stephen Norrington directs with Kris Kristofferson providing support in the guise of a grizzled veteran. 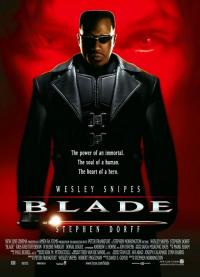 In this follow-up to the hit 1998 film, Wesley Snipes stars as a half man, half vampire hero consumed by a desire to avenge the curse of his birth and save the human race. In this thrilling action-packed adventure, Blade must align himself with a high-powered team to take on a new kind of super-vampire that is itself on a vicious hunt to eradicate both races. Guillermo Del Toro steps up a budget level with this sequel. 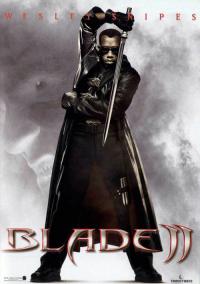 The final battle begins and the trinity comes to an end! Blade is back and his enemies have grown in number since they resurrected their king, Dracula. David S Goyer takes the directorial helm with Jessica Biel and Ryan Reynolds as a pair of young vampire hunters. 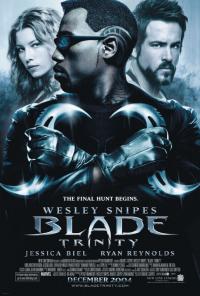 Based on BloodRayne, the popular videogame, this sexy “Damphir” is part human, part vampire, all woman. Rayne is haunted by childhood memories of seeing her mother viciously murdered. When she discovers that the man who committed this vicious crime was actually her father (!!!), Kagan, the most powerful vampire in the world, she embarks on a mission to destroy him. Directed by Uwe Boll (so you should know what you are getting yourself into, so don’t blame me!!) 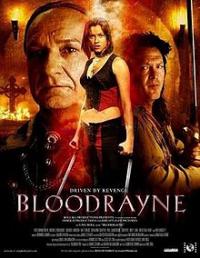 El Mariachi just wants to play his guitar. Unfortunately the town he tries to find work in has another visitor – a killer who carries guns in a guitar case. The local drug lord and his henchmen mistake El Mariachi for the killer and chase him around town trying to kill him and steal his guitar case. 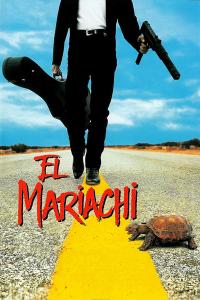 There’s this guy, dressed in black a Mariachi who hitches a ride into town he’s got a guitar case full of weapons and a score to settle. He cruises into a local bar and opens fire. He’ looking for Bucho but no one’s talking. Maybe he’ll make them talk. Antonio Banderas takes over the role of El Mariachi, in the sequel/remake of El Mariachi with a career launching performance from Salma Hayek. 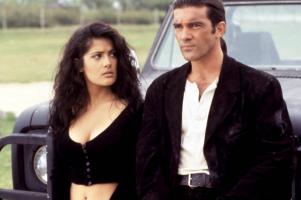 A drug lord who pretends to overthrow the Mexican government. A corrupt FBI agent (Johnny Depp) who at that time, demands retribution from his worst enemy to carry out the drug lord’s uprising against the government. And our poor El Mariachi stuck in the middle with Salma Hayek. 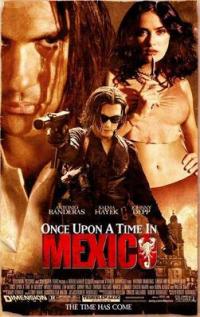 In this edgy and darkly humorous Western, a mysterious young woman rides into the lawless town of Redemption to settle an old score that has haunted her since she was a child. She becomes swept up in a deadly quick-draw tournament and, in order to win her revenge, she must compete in a contest in which gunslingers from all over put their lives on the line for fame and fortune. Sharon Stone attempts to break away from the “sexy roles” in this western with Gene Hackman and Leonardo DiCaprio in an early role. 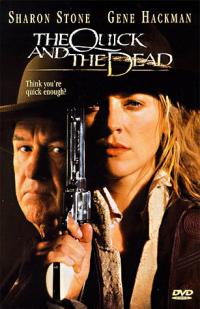 Peter Jackson’s debut film is about as far away from the Shire as you can possible get! The population of a small town disappears and is replaced by aliens that chase human flesh for their intergalactic fast food chain. 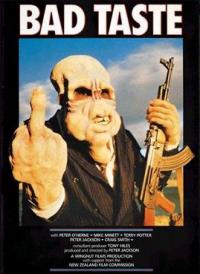 When Rose (Marilyn Chambers) suffers terrible injuries in a motorcycle crash, she is taken to a nearby clinic run by Dr. Keloid for experimental skin-graft surgery. At first the revolutionary procedure proves successful, but it soon leaves Rose with a strange orifice protruding from her armpit and an insatiable thirst for…HUMAN BLOOD! 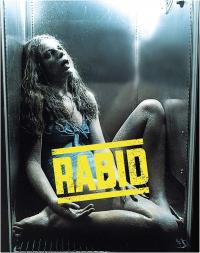 The manic madness of Jim Carrey strikes again in this totally wired, out of control comedy! Slip the cable guy fifty bucks and you’ll get the movie channels for free – it’s a time honoured urban ritual. But when Steven Kovacs moves into his new apartment he picks the wrong cable guy – this guy doesn’t want fifty bucks; he just wants a friend for life…and he won’t take no for an answer. Matthew Broderick stars as the objection of Carrey’s friendship in this dark comedy directed by Ben Stiller. 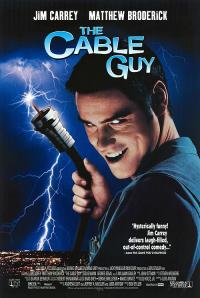 Patience works in advertising for a pitiless boss. After a series of events triggered by a mysterious cat, Patience is murdered. But the cat breathes new life into her, making her strong and resilient as she seeks revenge on her murderers! A very stylish disaster and perfect trash viewing. 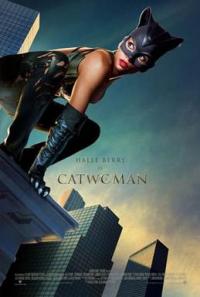