This week we head over to the BFI player – host of some of the greatest, well respected films ever made. Of course, hidden among those highbrow films, with acclaimed directors are some trash gems…

Some head exploding sci-fi action from the singular talent David Cronenberg. Cameron Vale is a ‘scanner’, a person with powerful extrasensory powers that allow him to read thoughts and inflict harm on those he scans. His adversary is the renegade scanner Darryl Revok (Michael Ironside) who is using his powers for evil! 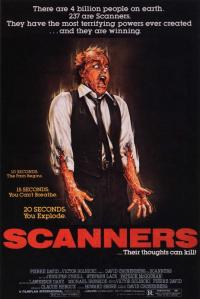 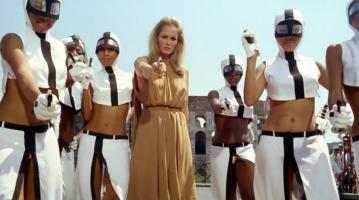 Another Cronenberg is possibly the most disturbing horror of his career (which is saying something). He imagines a new form of therapy in which patients externalise their inner torment to such a degree that they manifest physical growths. Dr Hal Raglan’s (Oliver Reed) star patient (Samantha Egger) takes this to the next level – giving birth to a brood of vengeful killer offspring. 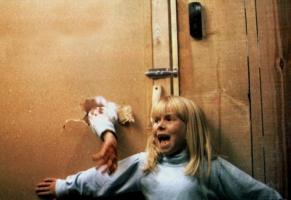 Two estranged vampire sisters, one good and one bad, are unexpectedly reunited at a remote summer estate in Connecticut. The virtuous Djuna is determined to follow an honourable path, refusing to feed off the blood of innocent human prey. When a new love arrives, insisting he join Djuna for eternity as one of the undead, a happy future appears to lie ahead. However, Mimi, a rebellious succubus with a bad attitude, has other plans, and attempts to bring chaos and destruction to her sister’s quiet life. Like Claire Denis’ Trouble Every Day, Xan Cassavetes’ cool and contemporary take on the vampire myth presents a distinctly existential vision of the afterlife, steeped in atmosphere and brooding contemplation. Often solemn in approach, there is also much fun to be had here, particularly in the playful eroticism that brings to mind the work of cult favourite Jean Rollin or the saucy output of 1970s Hammer. 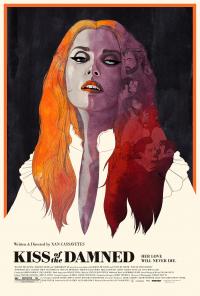 Jean Rollin’s first film not to feature vampires, still boasts the dreamlike sensuality of his best work. After a couple on their first date make love in a cemetery, things start to become really strange. Unable to exit a crypt they start to become mentally unbalanced by their gothic surroundings. Although it’s one of Rollin’s most unconventional films, The Iron Rose also finds the director at his most entrancingly poetic, presenting a horror based on mood, suggestion and deeply evocative atmosphere.

When a honeymooning couple visit the crumbling estate of the bride's ancestors, they discover her closet is filled with more than skeletons: a sinister lesbian vampire, a pair of nubile handmaidens, and two vampire hunters who have been recruited into the ranks of the undead. The fourth entry in Jean Rollin’s cycle of erotic vampire films is, as always, a sensory delight, with the director revelling in the splash of crimson red against naked flesh. The film’s “excellent visual qualities” (as noted by the BFI’s Monthly Film Bulletin upon its release) are burnished by a soundtrack of prime psychedelia by Acanthus. 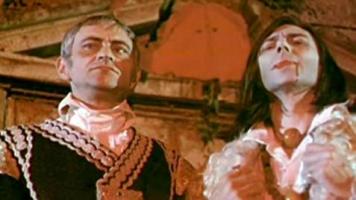 Jean Rollin’s best-known film follows a swaggering thief who hides out in a lavish chateau, holding the occupants at gunpoint. When night falls, he realises that these two maids are not only deadlier than he imagined, but are gatekeepers to a ring of women with a thirst for blood. The most full-blooded in the director’s series of vampire tales, Rollin’s interest in naked vampirism here spills unapologetically into the arena of erotica. Teeming with sex and lavishly filmed gore scenes, it derives much of its strength from the memorable images of the gorgeous Brigitte Lahaie as a robed, scythe-wielding maniac. 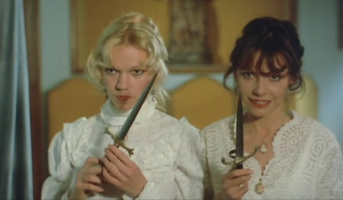 When both an earthquake and a toxic waste spill disturb her grave, a deceased girl comes alive to walk the earth again in French filmmaker Jean Rollin's macabre tale of zombie carnage. After rising from her tomb, Catherine (Francoise Blanchard) hungers for flesh and blood and sets out to find childhood friend and blood sister Helene (Marina Pierro). Helene decides to help satisfy Catherine's bloodlust by luring people into their lair. Best known as a vampire specialist, director Jean Rollin proves to be equally at home within the genre conventions of a zombie story, revelling in the requisite bloody mayhem to produce one of his goriest – and enjoyable – films. 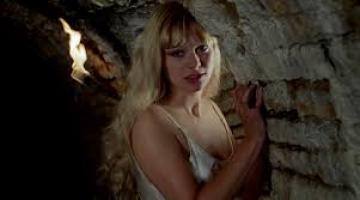 A man and woman lie dead in a no-tell motel. Investigators search the scene and find that the lifeless man was a detective. Days later, 'Joe' a ragged but handsome thug begins roughing up gangsters in the dark parts of town. Muscling his way into the yakuza world, he lands a job as the trigger man for the Nomoto-gumi family. Borrowing Kurosawa's Yojimbo theme of rival gangs being pitted against one another, Seijun Suzuki takes the genre conventions of the mob picture to new, giddy heights. One of the key films from Suzuki's run of increasingly outrageous crime films for Nikkatsu studios, Youth of the Beast finds the director at the top of his game, filling the widescreen frame with disorienting compositions and spectacular colour schemes. 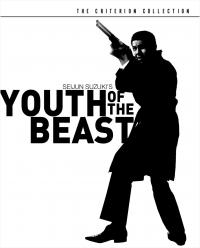 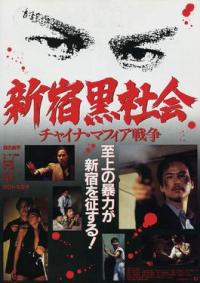 Detective Azuma (‘Beat' Takeshi) is a renegade cop who frequently resorts to violence and unethical methods to get results. While investigating a series of drug-related homicides, Azuma discovers that his friend and colleague is supplying drugs from within the police force. After his colleague is murdered and his sister is kidnapped, he breaks all the rules to dish out his particular form of justice. Primarily known up to then as an eccentric gameshow host, Takeshi Kitano surprised Japanese audiences in 1989 with his unexpected directorial foray into violent yakuza films. But on the international scene, Violent Cop signaled the arrival of an exciting new filmmaking talent, while also introducing the world to his intriguingly deadpan acting persona of 'Beat' Takeshi. Kitano would become a key figure in 1990s arthouse cinema, producing a run of funny, brutal crime classics to rival the 70s work of Kinji Fukusaku. 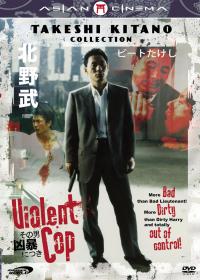 When the mild mannered Masaki (Yûrei Yanagi) falls foul of the Yakuza he decides to buy a gun to defend himself. He heads to Okinawa where he forms an unlikely partnership with Uehara (‘Beat’ Takeshi) who has his own reasons for wanting revenge. Takeshi Kitano's second feature finds him upping the comic quotient slightly while retaining his penchant for scenes of shocking violence; the director this time taking a smaller, supporting acting role as the deranged Uehara. 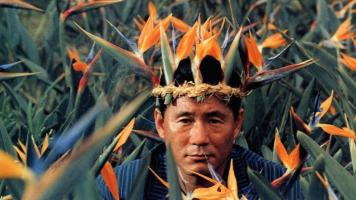