Curse of Chucky (2013)
Nica (Fiona Dourif) is grieving over the gruesome suicide of her mother when her domineering older sister Barb (Danielle Bisutti) arrives with her young family in tow to help settle their mother’s affairs. As the sisters butt heads over Nica’s plans for the future, Barb’s young daughter comforts herself with a grinning, red-haired talking doll named Chucky (Brad Dourif) that recently arrived mysteriously in the mail. But as a string of brutal murders begins to terrorise the household, Nica suspects the doll may hold the key to the bloodshed. What she doesn’t know is that Chucky has a personal score to settle. He’s determined to finish a job he started more than 20 years earlier, and this time he’s going to see it through to the bloody and shocking end. 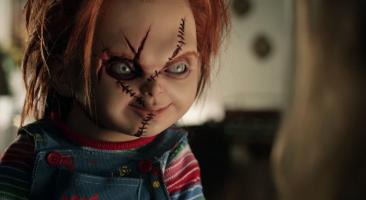 Unknown Origins (2020)
A very chiselled but sombre detective must find a serial killer who leaves clues that only his mentor’s nerdy comics-loving son can decipher. This Netflix exclusive is a fun Spanish comedy-crime film. 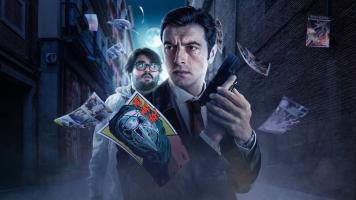 The Babysitter (2017)
When Cole stays up past his bedtime, he discovers that his hot baby sitter belongs to a satanic cult that will stop at nothing to keep him quiet. Get up to speed on McG’s (Charlies Angels, Terminator: Salvation) surprisingly fun horror before the sequel arrives on Netflix next week. 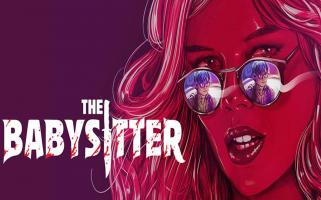 Cry-Baby (1990)
Wade “Cry-Baby” Walker (Johnny Depp) is the coolest, toughest hood in his Baltimore high school. His ability to shed one single tear drives all the girls wild, especially Allison Vernon-Williams (Amy Locane). Allison finds herself drawn into the world of Cry-Baby and his “drape” pals. Soon she finds herself eagerly inhaling the evil influences of rockabilly music and fast cars. Some John Waters fun to round off the day. 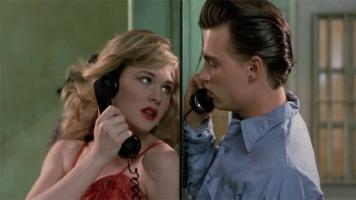 Model By Day (1993)
Lex (Famke Janssen in a very early leading role) is a model who works on a variety of shoots during the day, but after her friend was blinded in one eye by carjacking punks becomes Lady X, vigilante who takes to the streets at night in search of justice. A TV movie by Scanners II and Scanners III director Christian Duguay with Shannon Tweed, Kim Coates and Sean Young. 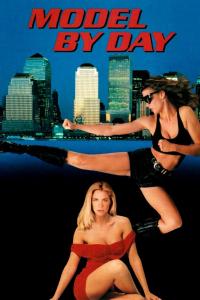 McBain (1991)
Christopher Walken (The Deer Hunter, King of New York) is Robert McBain... An ordinary steel worker with an extraordinary past. 18 years ago, in the sweltering heat of the Vietnamese jungle, he made a sacred vow. Now McBain must help to liberate Central America and decimate its evil drug trade by bringing together his old comrades from Nam. It’s up to them to crush the military junta, bring down El Presidente and give the country back to the people. From director James Glickenhaus, director of such video store exploitation action classics as The Exterminator and Shakedown, comes a movie that ticks every macho box in the guns 'n' glory movie guide and delivers a body count that even Rambo would be proud of. 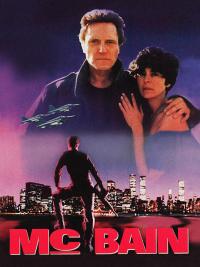 Bearkittens (2018)
Petra is an idealistic social worker about to enter her favourite place, the forest, with a group of young girls who have to do community service for their misdeeds. Little does she know that this trip will end in disaster. German comedy which, I believe, had its UK premiere at Derby Film Festival. 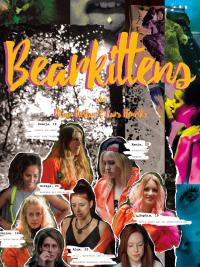 Nekrotronic (2019)
Howard North, a down on his luck sewage worker, gets dragged into a global conflict between the Nekromancers, a family of badass demon hunters, and Finnegan (Monica Bellucci) - an evil demon who absorbs people's souls to increase her power. When Howard finds out the truth behind Finnegan's past and her dark plans for the future, he teams up with his new friends to discover he is the ultimate Nekromancer, the only one with the power to defeat her and save the world. 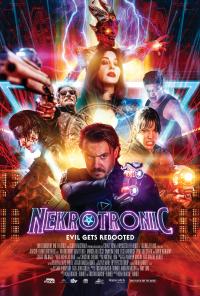 The Nude Vampire (1969)
In the second of his series of vampire films, cult director Jean Rollin sets out his stall – presenting a mesmerising, artful horror that’s short on dialogue and logic but steeped in gorgeously sensual imagery. A surreal blend of horror, espionage and erotica, it follows the son of a wealthy businessman as he is lured into a secret cult that is conducting experiments on a mute vampire woman being held in captivity. With its shadowy organisations and air of paranoia, Rollin was clearly inspired by the works of fellow French filmmakers Jacques Rivette, Georges Franju and Louis Feuillade, but with this visually vibrant and eerily seductive film he sealed his own reputation as a master of Euro horror/fantasy. 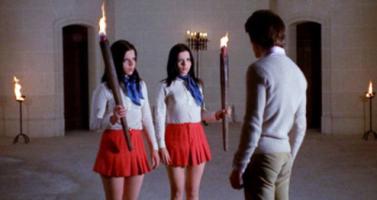 Lips Of Blood (1975)
In the most personal of Jean Rollin's moody, erotic horror films, a man is haunted by a childhood vision of a girl trapped inside a castle, whom he longs to free. Determined to find the girl in real life, he tracks her down to a deserted chateau where she’s surrounded by vampires and pursued by other shadowy forces. Arguably Rollin’s most successful work, Lips of Blood is one of the most sublime works of poetic horror. The dream-like atmosphere perfected by the director over the course of several films is ideally married to a narrative that’s also preoccupied with the elusiveness of dreams and memory. And some of the images he conjures are unforgettably haunting, such as the famous shot of a coffin floating out to sea. 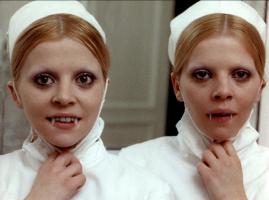 Requiem For A Vampire (1972)
On the run from a reform school, two young women end up trapped with no escape in a haunted castle ruled by a horde of sexy, blood crazed vampires and their leader, an evil immortal creature who is the last of his kind. Seeking to reproduce his race, he preys on his innocent victims, however in order to achieve his goal of immortality, the women must remain virgins. At the time of this film director Jean Rollin had now fully finalised the iconography at the core of his unique vampire mythos: crumbling chateaus, mysterious blood-sucking cults and, of course, beautiful female protagonists in varying states of undress. Having established the pattern in previous films such as The Nude Vampire and Shiver of the Vampires, Rollin here has the confidence to present the first forty minutes without dialogue; his sumptuous imagery now to the fore in an exercise of pure cinema. 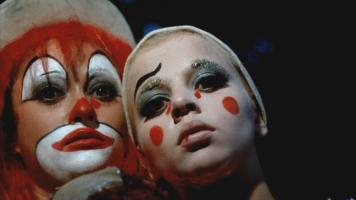 The Grapes Of Death (1978)
A woman visiting Roublès deep in France’s winemaking country discovers that the pesticide being sprayed on vineyards is turning people into killer zombies. The notion of a film mixing zombies and winemaking may seem an almost obligatory avenue for someone in French cinema to furrow, but regardless this is far and away one of Rollin’s best – and most frightening – films. The story's cautionary ecological subtext was one that Rollin touched on in other films such as Night of the Hunted and The Living Dead Girl, and this was a briefly topical theme in 1970s horror – most similarly deployed in Jorge Grau’s The Living Dead at the Manchester Morgue (1974). 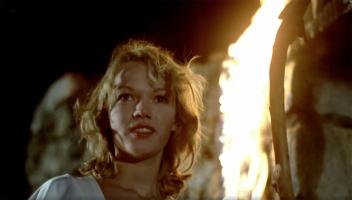