We head back to the warm, trashy arms of Netflix this weekend for some Action and Horror and we have a day dedicated to British-born, Ozploitation master Brian Trenchard-Smith.

Patrick Swayze’s violent turn into action cinema sees him as a professional bouncer hired to sort out an anti-social behaviour problem at the bar The Double Deuce. Packed with clichés it somehow manages to rise above that into a perfect encapsulation of 1980s action cinema. A little bit Rambo, a little bit Die Hard with a lashing of Basic Instinct. 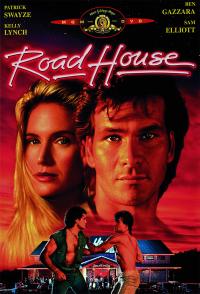 When American tourists get skyjacked and held hostage in Beirut, an elite team of U.S commandos – with tough guys Col. Nick Alexander (Lee Marvin) and Major. Scott McCoy (Chuck Norris) as squad leaders – are called in to rescue the hostages. Based on real events, this incredibly opportunistic example of Golan-Globus filmmaking is packed with great character actors. With George Kennedy, Susan Strasberg, Bo Svenson, Robert Vaughn, Shelley Winters, Robert Forster among those cashing a paycheck! 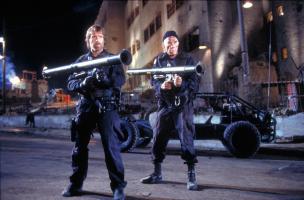 Classic Jean Claude Van Damme action! Van Damme plays Frank Dux, who gives up the life in the army to compete in martial arts tournaments…to the death! After dispatching a bunch of inferior martial artists, JCVD has to go up against Bolo Yeung’s Chong Li! 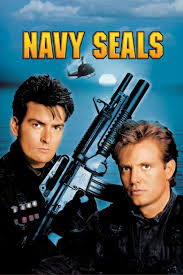 In the latest Cine-Lit podcast, Adam and Darrell discuss the career of Brian Trenchard-Smith and ultimately came to the conclusion that more people need to aware of his work. Here are four films from BTS to enjoy on a Saturday!

10/10 from Cine-Lit’s Darrell Buxton! A Hong Kong inspector is sent to Sydney to bring back a cocaine smuggler. When that smuggler is assassinated, it sets Jimmy Wang U (our Man From Hong Kong) on a collision course with Aussie crime boss Jack Wilton (George Lazenby). 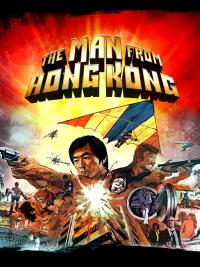 In a post-apocalyptic Australia, unruly teens are sent to a Drive In that acts as a defacto concentration camp. They are fed a steady diet of drugs, junk food, trash movies and New Wave music – doesn’t sound much like a punishment! – but there within the confines of the Drive-in a microcosm of society is showing a nasty underbelly.

Full Metal Jacket’s R. Lee Ermey continues his career of playing hard ass military types in this tale of a demoralised firebase that needs Ermey to shout at them to rebuild their confidence. Exciting action is the order of the day with the excellently named Wings Hauser. 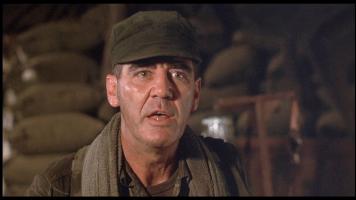 BTS takes hold of the flailing Leprechaun franchise, and while he doesn’t quite rescue it he does deliver the franchises best effort. Channelling the natural comic ability of Warwick Davis with a far wittier script that the previous two entries, Leprechaun 3 makes the most of what it has for an enjoyable 90s VHS horror staple. 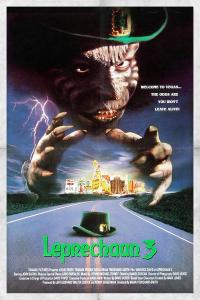 A star-studded cast for what is essential a pulp sci-fi yarn. Ben Kingsley, Forrest Whittaker, Alfred Molina, Marg Helgenberger and Michael Madsen headline this film about an alien that arrives on Earth desperate to mate! Newcomer Natasha Henstridge plays Sil, the alien with a biological clock ticking like crazy. Lookout for an early screen appearance from Michelle Williams as the young Sil.

Creepy mutant fish monsters emerge from the waters of a sleepy seaside community to kill, kidnap and mate with the town’s teens. Doug McClure and Vic Morrow add some 1970’s star power to this great, fun take on the ‘Creature From The Black Lagoon-type film. Director Barbara Peeters, and some really good creature make-up, elevate this pulp horror from Roger Corman’s New World Pictures. 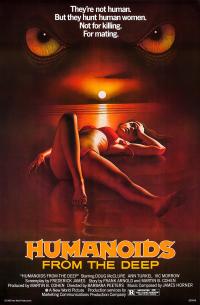 Fresh off Quantum Leap, Scott Bakula made the step onto the big screen alongside recent (at the time) Bond Girl Famke Janssen in Clive Barker’s tale of magic, private eyes and satanic cults. When a top magician dies while performing his act, a Los Angeles psychic investigator is drawn into a chilling plot to resurrect a satanic cult.