We’re heading into Summer and what does summer mean? Hot weather, BBQ’s everyday and blockbusters in cinemas...

Well… we can still enjoy the hot weather and BBQ’s are the right of every god-fearing Englishman! But as cinemas are closed, how can we scratch that Blockbuster itch. Well by indulging in a few Mockbusters. You know those low budget epics that ride the coat-tails of bigger studio pictures.

We’re heading over to the My5 app to indulge our Trash tendencies this week for a day of Mockbusters and Nearly-hits.

Two crew members of a spaceship wake up from hypersleep to discover that all their colleagues are missing. Despite this, it appears that they are not alone. With Dennis Quaid and Ben Foster.

Two tabloid reporters (Jeff Goldblum, Ed Begley Jr.) go to a strange land to check on rumours of monsters running amok. With Carol Kane, Jeffrey Jones and with an on the cusp of stardom Geena Davis. 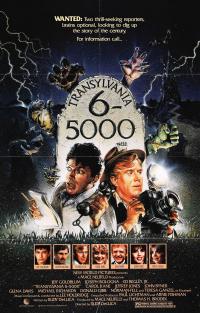 When a shower of massive meteors threatens Earth's inhabitants with extinction, the world’s greatest minds devise a dangerous plan that will tilt the planet off its axis to avoid the impact. With Tia Carrere (Wayne’s World) and Robert Davi (Die Hard).

On the 100th anniversary of the original voyage, a luxury liner follows the path of its namesake. When a tsunami threatens the new ship's path, the passengers and crew must fight to avoid a similar fate. With Bruce Davison (X-Men) 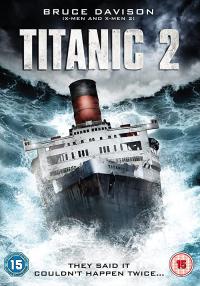 The massive prehistoric shark has survived the last battle, and the world is again threatened when a new, more dangerous foe is discovered in the jungles of Africa. With Gary Stretch (Dead Man’s Shoes) and Robert Picardo (Gremlins 2: The New Batch, Star Trek: Voyager)

Two piranha/anaconda hybrid creatures hunt down the scientist who stole their egg and a film crew making a slasher film in the jungle. With Michael Madsen and Rachel Hunter. 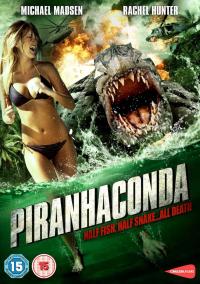 Passengers and crew on an international flight are attacked by unseen forces that threaten all aboard. As people fight to stay alive, they soon realise that the unseen forces has a specific target for their attacks. A killer is onboard!

Thriller. A public relations maven risks everything to help a fading action star, who is also her college sweetheart, after he is accused of killing his ex-wife. I’d like to say I know more about this film but it absolutely stunned me that it was only 2019 when someone named their film Killer Reputation! 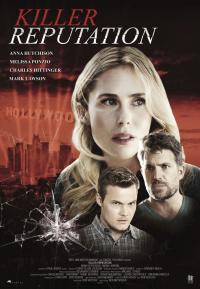 Everyone's favourite muck-encrusted plant-man is back in this tongue-in-cheek action-adventure which was the sequel to the original cult classic Swamp Thing and based on the award-winning D.C. Comics series. Heather Locklear plays the beauty to the Dick Durock’s Swamp Thing Beast. Louis Jordan reprises his role as Anton Arcane with Superman villain Sarah Douglas adding to the rogues gallery. 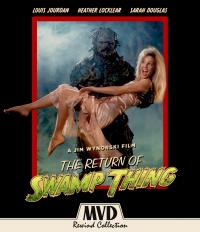 In the 1980s, a series of murders occurred at Crippen High. Years later, the now-abandoned site is being used as the set for a film when an uninvited guest begins to terrorise the crew. Mid-Late 80s slasher movie is an ambitious attempt and notable for an early appearance from George Clooney.