Yes, we no longer have weather just glorious sunshine, and as it is not possible to be sunning yourself in Tuscany, hitting the theme parks in Orlando or browsing the shops in Tokyo, we have devised a trash-tastic world tour!

Italian comedy duo Terence Hill and Bud Spencer (They Call Me Trinity) are two adventurers trying to find a treasure on a remote desert island in the Pacific. In the hope of finding the gold, Hill stows away on Spencer’s boat. However, all they find is trouble when they land on the island, in the form of hostile native, slave-trading pirates and a Japanese soldier who doesn’t know the war is over. 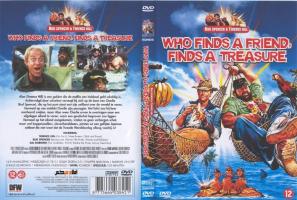 Sartana (George Hilton), bounty hunter and gunfighter, witnesses the robbery of a shipment of gold. He finds his way into town where he meets with a lot of suspicious stares from the locals. He also meets with Samuel Spencer, who seems to own the company in this company town. The gold shipments are being stolen so Spencer agrees to hire Sartana to protect the next shipment. The third in the Sartana series, but the first with George Hilton in the lead role. 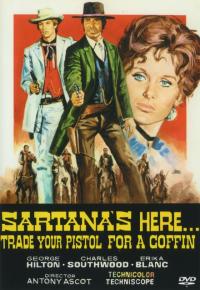 Italian celluloid icon Edwige Fenech leads an all star cast as Jane Harrison, a nervous housewife plagued by nightmarish visions of her own bloody murder. To cure her hellish fantasies her bewitching neighbour Mary initiates Jane into a Satanic coven. But when she witnesses Mary’s ritual sacrifice at a candlelit black mass, Jane’s diabolical dreams start to come true. Masterpiece of Giallo cinema by the legendary Sergio Martino. 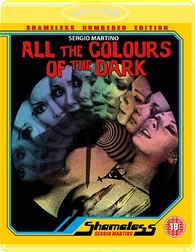 Michael York (Austin Powers) stars as a piano virtuoso Robert Dominici who suddenly contracts a devastating disease that ages him rapidly. With death closing in fast a decaying Robert abandons tinkling the ivories to instead embark on an arpeggio of vicious slaughter upon anyone who finds out about his impending gruesome fate. Ruggero Deodato directs horror legend Donald Pleasance and Giallo Queen Edwige Fenech. 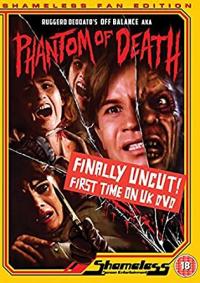 In this fantasy comedy, Jack Watson (George Burns), a swinging 81-year-old bachelor with everything but youth, blows out his birthday candles with the wish he could be 18 again. When he and his outcast grandson, David are involved in a car accident, their souls switch places in the operating room. Inside David’s body Jack turns his grandson’s image around, making him into a confident trendsetter. 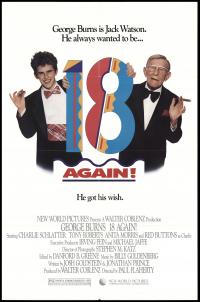 The second of Zucker-Abraham-Zucker’s theatrical feature spoofs, Top Secret lampoons practically every film genre. Specifically, however this is a hybrid of an Elvis movie and a World War II underground resistance thriller. 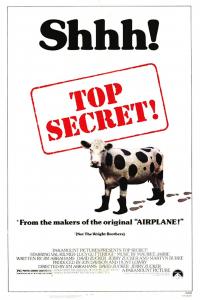 To save Earth, three warriors must overcome insurmountable odds, their own inner demons, and superhuman foes in this adventure movie based on one of the most popular video games of all time. 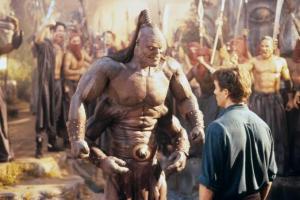 The angel Gabriel (Christopher Walken) comes to Earth to collect a soul which will end the stalemated war in Heaven, and only a former priest (Elias Koteas) and a little girl can stop him. Christopher Walken excels as the angel gone bad Gabriel while the great cast includes Virginia Madsen, Eric Stolz, Amanda Plummer, Adam Goldberg and Viggo Mortensen as Lucifer. 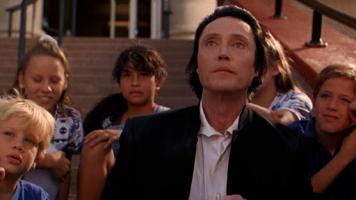 Attack Of The Mushroom People (1963) (aka Matango)

After a yacht is damaged in a storm, its boarders stranded on a deserted island take refuge in a mysterious fungus covered boat. With nothing else to eat, some members of the shipwrecked party begin to ingest mysterious mushrooms, transforming into hideous monsters. It’s super-freaky. 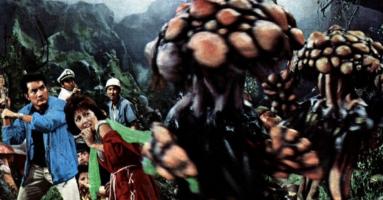 Several satellites have been destroyed without explanation. A few days later, a group of diamond thieves are thwarted when the gems they are after suddenly disappear. Strangely enough, the two incidents are connected when scientists discover that a giant jellyfish like creature, which was mutated (naturally) due to high amount of radiation hovering over Japan, is drawing up all carbon based matter. 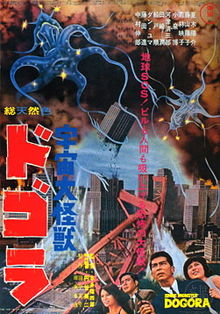 Aliens are invading but they have done their research! Wary of Godzilla’s might, they construct a mechanical version of him to put an end to his interference. It’s Mechagodzilla vs Godzilla (with a little help from King Seesar). 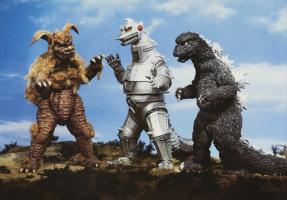 Plot? Does it really matter… Mechagodzilla is back teamed with Titanosaurus and only one Kaiju can stop them…. Gojira aka Godzilla! Men in suit madness. 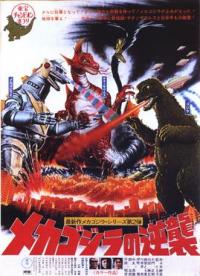 QUAD is teaming up with Peccadillo Pictures to bring the virtual release of A White White Day to QUAD customers.