Megan Broadmeadow's SEEK PRAY ADVANCE has now ended. Fortunately, you can explore this exhibition in an interactive virtual 3D experience, provided by V21 Artspace below:

SEEK PRAY ADVANCE by Megan Broadmeadow is an exciting exhibition to interact with in QUAD Gallery, where you are taken on a journey influenced by Science-Fiction ideas, in particular the idea of human contact with alien beings. The exhibition at QUAD, titled Episode 3 – Operation Starlight, is inspired by real-life accounts from people who claim to have been contacted by aliens, or beings from other worlds, dimensions and realms.

Episode 1 – Eyes Only at Southwark Park Galleries (formerly CGP London) and Episode 2 – The Fourth Kind at Green Man Festival introduced us to alien worlds, the ‘Ordinary Person’ and a mystery box - in the form of film works, sculptural installations and interactive artworks.

These exhibitions all ask the question: ‘What would you do if you were the chosen one?’. The main character in the exhibition is called the ‘Ordinary Person’ who experiences extraordinary events. The gallery visitor follows their journey as they become an ‘extra-religious’ leader, or a leader of a group of people who are different from traditional followers of a religion.

Episode 3 – Operation Starlight at QUAD concludes the trilogy and features the new Virtual Reality (VR) commission Above the Firmament. This VR work reveals the beings responsible for calling the ‘Ordinary Person’ to join a ‘Intergalactic Hierarchy’ of alien leaders. The viewer is taken on a surreal journey in VR through space and time, filled with these otherworldly beings who swoop and fly around them. The viewer experiences the space usually reserved for these chosen ones: the space Above the Firmament and beyond the heavens. The space in which the Ordinary Person will end their journey… in this dimension at least…

Megan Broadmeadow Bio:
Megan Broadmeadow (b.1978) is a British artist of Welsh Heritage who creates immersive exhibitions and events. She studied at Slade School of Art (2003) and Goldsmiths College (2014). In 2015 she was awarded the Mark Tanner Sculpture Award, and in 2018 was honoured to make the National Eisteddfod of Wales' special commission "Carnifal Y Mor" in collaboration with Welsh musician Gruff Rhys.
Recent Career highlights include solo exhibitions at CGP, London, Plymouth Arts Centre, 2016 Standpoint London, 2016, Galeria Melissa, London 2015 and commissioned work for Cardiff Contemporary, 2016 and Green Man Festival 2018. 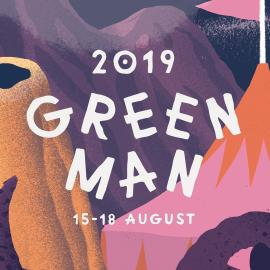 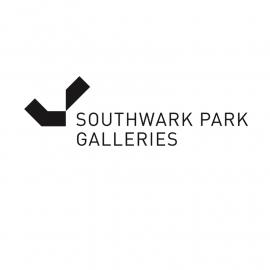